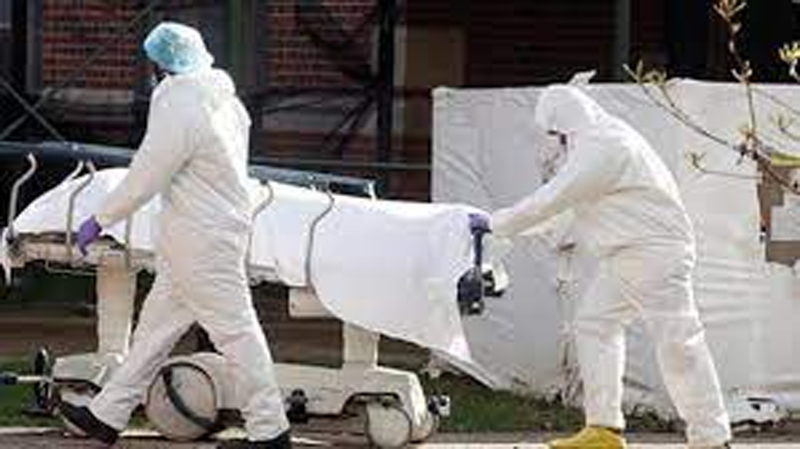 Excelsior Correspondent
JAMMU/SRINAGAR/ LEH, Dec 13: Three persons died of COVID-19 and 119 tested positive in Jammu and Kashmir today while one casualty and 18 cases were reported in the Union Territory of Ladakh.
One more case of mucormycosis was reported today in J&K taking number of total cases to 50.
Husband of a female IAS officer, who was earlier infected by the virus, has also tested positive. The woman officer, who is Administrative Secretary in the Civil Secretariat, hasn’t turned negative so far.
One fatality and 26 COVID positive cases were recorded in Jammu region.
A 55-year-old man, who was fully vaccinated, died of co-morbidities and Coronavirus in the Government Medical College (GMC) Jammu today. He hailed from village Shumb in Jourian area of Jammu district.
This has taken Corona toll in Jammu region to 2190 and Jammu district to 1154.
Among 26 cases in Jammu region, 20 were registered in Jammu district, two each in Udhampur and Doda and one each in Rajouri and Poonch districts. Rest of the districts in the region didn’t report new cases.
Eighty four persons recovered from the virus leaving number of active positive cases in Jammu region to 326.
The administration has made two more micro-Containment Zones in Jammu district after COVID positive cases were reported from there.
They include Sector 2 Vinayak Nagar in Upper Muthi and area near Gulab Colony in Bhatindi.
One COVID casualty and 18 cases were reported in the UT of Ladakh today.
Out of 18 cases, 17 were recorded in Leh district and one in Kargil.
Ladakh now has 190 active positive cases including 173 in Leh and 17 in Kargil.
Meanwhile, Kashmir today reported 93 cases of COVID-19.
Two persons who were suffering from the viral infection succumbed today taking the J&K death toll to 4,498.
Those who tested positive include 48 from Srinagar, 11 from Baramulla, 6 from Budgam, 3 from Pulwama, 8 from Kupwara, 00 from Anantnag, 8 from Bandipora, 8 from Ganderbal and 1 from Shopian.
The number of cases in Kashmir division has reached 213,356 including 209,932 recoveries and 2,308 deaths.
The total number of active cases in Jammu and Kashmir are 1,442 including 1,116 from Kashmir division.
With 215 more recoveries, the tally of total recoveries in Jammu and Kashmir has reached 333,050 which is 98.25 percent of the total cases.