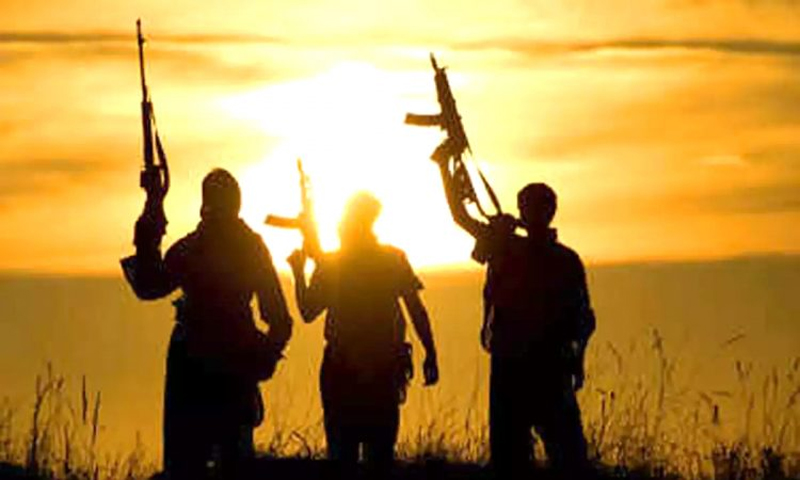 Srinagar, Dec 16: Two militants of The Resistance Front (TRF) were killed in an encounter at Redwani area of Qaimoh village in South Kashmir’s Kulgam district today.

Click here to watch video
A joint team of Police, Army’s 1 RR and CRPF launched a cordon and search operation on specific information about the presence of militants in the Redwani Bala last evening.
As the presence of militants got ascertained, efforts were made to evacuate the civilians in the area and repeatedly surrender offers were given to the hiding militants, which they rejected.
As troops approached the suspected spot, the hiding militants fired upon them, who retaliated, triggering an encounter. Two militants Aamir Bashir Dar resident of Kujjar, Frisal and Adil Yousuf Shan, a resident of Sursano Hatipora, Kulgam were killed in the gun battle.
Inspector General of Kashmir, Vijay Kumar, said that they were affiliated with TRF.
A police spokesman said that incriminating materials, arms and ammunition including two pistols, two magazines, seven pistol rounds and one grenade were recovered from their possession. “All the recovered materials have been taken into case records for further investigation,” he added.
Police have registered case under relevant Sections of law and investigation has been initiated. “People are requested to cooperate with police till the area at encounter site is completely sanitized and cleared of all the explosive materials, if any”, the spokesman said.