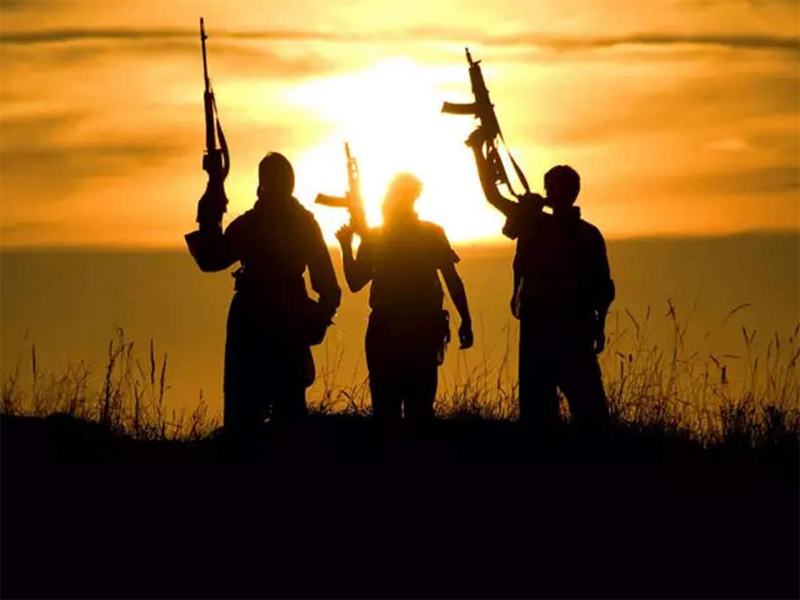 Srinagar, Aug 31: Two militants of Jaish-e-Mohammad (JeM) were killed in an encounter in Bomai area of North Kashmir’s Sopore this evening.
Additional Director General of Police Kashmir, Vijay Kumar, told Excelsior that two militants of the JeM were killed after an operation was launched in Bomai area of Sopore.
He said that after the elimination of the second militant the operation is being concluded.
Earlier, a joint team of Police and Army’s 22RR launched a cordon and search operation in Bomai. As the security forces approached towards the suspected spot, the hiding militants fired upon the forces, triggering a gunfight.
A civilian Ali Mohammad Ganai son of Abdul Ahad Ganai, resident of Bomai was injured in the gunfight.
He has been shifted to Srinagar hospital for advanced treatment. His condition is stated to be stable.
This is the second gun battle in two days. Yesterday, three militants of Lashkar-e-Toiba (LeT) were killed in an encounter with the security forces in Shopian district of South Kashmir.
All the killed militants were local and were shot dead in village Hushangpora Nagbal area of Shopian, during a joint cordon and search operation launched by Police, 44 RR of Army and 178 Battalion of CRPF in the area.
Several gunfights between security forces and militants have taken place in Kashmir this month in which few militants were killed.
On August 10, the Jammu and Kashmir Police killed three militants, including one suspected to be involved in the killing of actor Amreen Bhat and Government employee Rahul Bhat.
On August 13, a police officer was killed in Kulgam district after suspected militants threw a grenade at him.