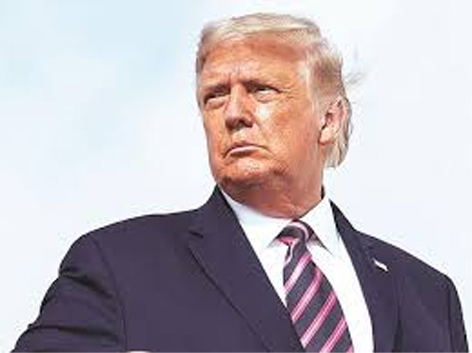 Washington, Sep 24: Indian Americans, particularly in the battleground states, are coming out in support of President Donald Trump in large numbers due to a combination of 12 factors, prominent among which is his friendship with Prime Minister Narendra Modi, according to an internal research survey.
Trump showing respect to Indian Americans, treating India and Modi on an equal footing have made him popular, says the survey, which is now shaping the campaign’s outreach towards the community in the last 40 days.
According to the survey carried out by Al Mason, co-chair of the Trump Victory Indian American Finance Committee, and his team, the Trump administration, unlike the president’s predecessors and the current challenger, staying away from the internal affairs of India, in particular on issues like Kashmir, the president’s visible role in elevating India’s stature on the world stage are some of the other key factors.
“It is mostly about the Trump-Modi factor,” the survey said, adding that Indian Americans increasingly believe that the teamwork of Trump and Modi over the next four years will successfully checkmate China at the world stage.
Other factors such as Trump’s strong stand against China, him being a man of peace rather than throwing the country into war, America’s economic revival to the pre-COVID-19 era and his competent handling of the pandemic are driving Indian Americans towards Trump, the survey said.
“Trump has elevated India’s stature on the world stage. Of course, due credit also goes to Prime Minister Narendra Modi for his skilled policy towards the US. The India-US relationship has been rock solid. Kudos to the brilliance of both Trump and Modi for cementing the bond between India and US,” says the survey. “His family echoes the same sentiments,” it said.
“Every Indian American in the US has a family member back home like old parents, brother, sister, friend, business. They want India to be respected and protected from China, which is what Trump can provide. They fear that without Trump, China would start a war with India,” notes the memo, which is playing a key role in the campaign, devising its outreach strategy towards the Indian American community.
In many must-win battleground states, Indian Americans comprise a substantial and potentially decisive share of the electorate: 190,000 potential voters in Florida, 120,000 in Michigan, 170,000 in Pennsylvania, 150,000 in Georgia, 110,000 in North Carolina, 165,000 in Virginia, and nearly 470,000 in Texas.
The survey results of Mason and his team show that as many as 50 per cent of the potential Indian American voters, the vast majority of whom have traditionally voted Democratic in the presidential elections, will defect from the Democratic Party and vote for Trump.
“This mass defection could add tens of thousands of new Trump voters in key battleground states and could very well end up helping to secure the president’s re-election,” said the survey.
“Biden, Harris, Democrats and Trump haters fear Mason as he is the one who has orchestrated the mass exodus of Indian Americans in the battleground states towards Trump by his research, views and messaging,” said venture capitalist Sridhar Chityala, who is also a member of the Indian Voices for Trump.
“They fear him because the video “4 More years”, conceptualised by him and launched by Kimberly Guilfoyle and Donald Trump Jr, has crossed the 10 million-mark and resonates with the community. Al Mason’s fundraising efforts also yield results,” said Chityala.
“I felt excited watching Modi greet Trump and introducing him to over 100,000 Gujaratis as his family and 1.5 billion Indians on television. Actually, it brought tears of joy to me,” said Girish Gandhi from Florida.
“I am pleased with the accomplishments and support from Trump on Modi’s transformational bold initiatives in India, especially on resolving the Kashmir issue, abolition of Article 370 and the Citizenship (Amendment) Act (CAA). I look forward to great things to come in 2021 and beyond for both countries under the Trump-Modi leadership,” said Dr Anand Tamhankar, physician consultant and an entrepreneur in New Jersey. (PTI)