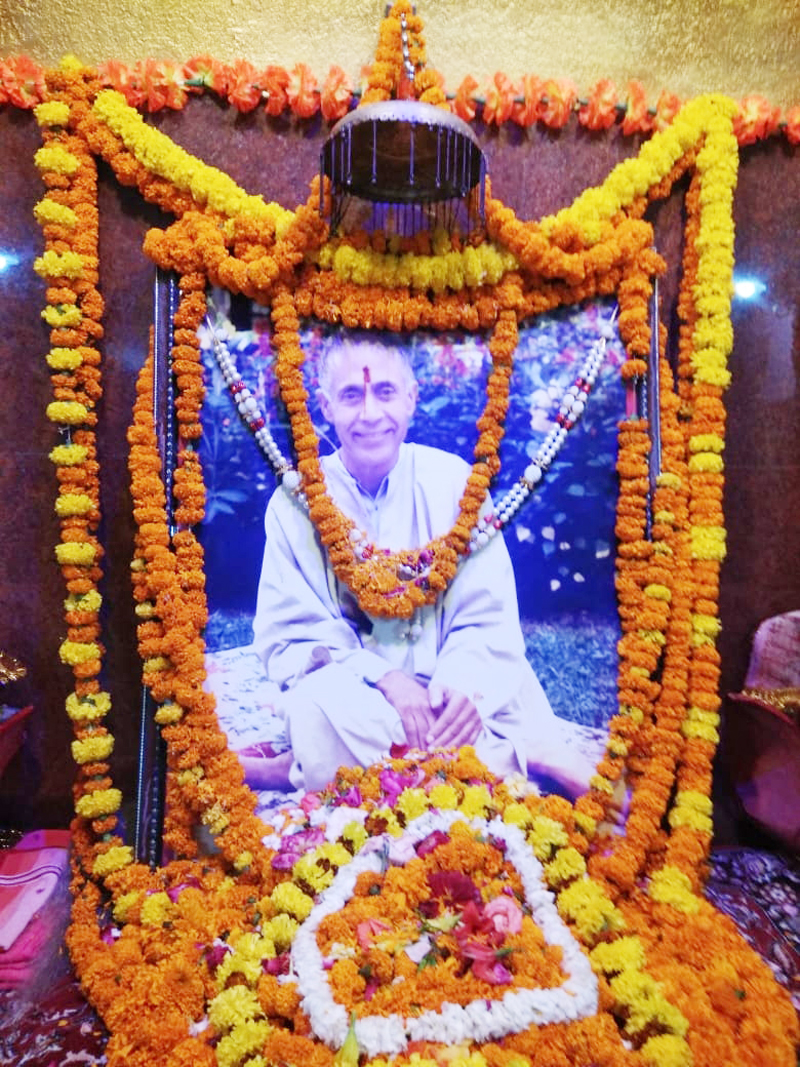 JAMMU, May 1: Hundreds of devotees drawn from different parts of Jammu thronged the Ishwar Ashram Bhawan, Mohinder Nagar at Canal road here to participate in the celebration of 112th birthday of Shivachariya Ishwar Swaroop Laskhman Joo a last doyen of Kashmir Shaivism.
The day was celebrated with full religious fervor and gaiety by the devotees of Swami Ji. The function started with hoisting of flag at 7 am which was followed by Guru Stuti, Guru Vandana and presentation of “Shrda Suman” (showering of flowers) by the devotees of Swami Ji.
A day long bhajan Kirtan was held in the Ashram and after the presentation of Shrda Suman the devotees were served Prashad.
A handout issued by the Ashram said the birthday celebrations were also held at Ishbar Nishat in Srinagar Kashmir, Sarita Vihar New Delhi, Kashyap Bhawan, Khargar Mumbai, Kashmiri Bhawan, Jayanagar, Bangalore and Universal Shaiva Fellowship, Calfornia USA.
It may be recalled that Swami Laskhman Joo the last doyen of Kashmir Shaivism and incarnation of Acharya Abhinavgupt propagated the philosophy of Kashmir Shaivism during his life time in Valley and the seekers from different parts of the country as well as abroad used to throng his Ashram in Srinagar to get benefitted.
Swami Ji used to hold special classes at Gupt Ganga, Nishat on every Sunday to bless his devotees with this rich philosophy.