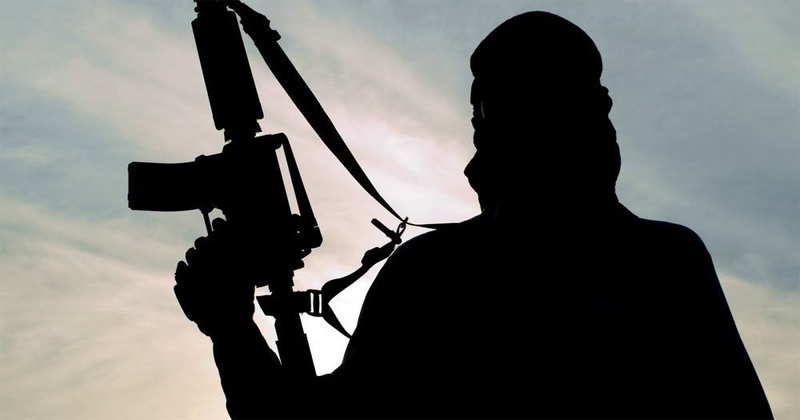 Bihar Mason shot at in Sopore

Excelsior Correspondent
Srinagar, Sept 4: A Bihari migrant labourer was shot at by suspected militants in Sopore area of North Kashmir this morning.
Shafi Alam of Bihar, who was working as Mason in Sopore was called out by the militants and shot at, causing him serious injuries.
He has been admitted in the hospital. Police have cordoned off the area and launched searches to trace the accused.
Meanwhile, authorites imposed curfew like restrictions in old city Srinagar after death of a 19-year-old youth in Soura area who was injured in clashes with security forces and succumbed to injuries in SKIMS hospital last night.
Asrar Ahmad Khan, 19, of Illahibagh area was injured in clashes in Soura area of Srinagar on August 6. He was removed to SKIMS hospital for treatment and was being treated there. However, he succumbed to injuries last night. His body was handed over to his family during night.
The General Officer Commanding (GOC) 15 Corps, Lt General KJS Dhillon, however, said that Asrar was hit by a stone. “There was no shelling or pellet firing. He was hit by a stone and I am very sure about that. This makes it fifth civilian death in the last 30 days. A driver was hit by a stone in Bijbehara and a shopkeeper was shot dead in Srinagar. This is a fifth death that has been happened because of the stone palters or terrorists who are the puppets of Pakistan trying to disrupt peace. There has not been a single causality in the last 30 days and it has been the calmest phase in the history of Kashmir. All the deaths which has happened were because of terrorists or stone pelters”, he said.
The loud speaker fitted Police vans this morning announced curfew in old quarter in Srinagar and asked people not to venture out of their houses. Security forces arrived early today in Soura, Nowshera, Nowhetta, Saidpora, Hawal, Rainawari, Khanyar and several other localities and blocked the roads with concertina wire.
They didn’t allow any movement of people and even people with movement passes were not allowed at barricades to cross. A resident of Zoonimar said that they were asked to go back to their homes early in the morning.
Despite the restrictions remaining eased or lifted in other areas of Srinagar and rest of major towns of Kashmir, traffic movement was thin today. The private vehicles were plying on the roads in Civil Line areas. The public transport stayed off the roads.
The shops and business establishments remained closed in the Civil Line areas of Srinagar but grocery and other shops selling essentials opened in evening in Civil Line areas of the city and people were buying essentials. However, some vendors had established stalls in Polo-View area and they were providing security by the police.
The schools that were opened in Srinagar and other parts of Kashmir mostly remained closed. In Srinagar city no students returned to classes. The parents are not willing to send their wards to the schools under tense security situation. Government spokesman had said that 4000 primary, middle and high schools are functioning across Kashmir but the attendance of students is picking up but remains thin.