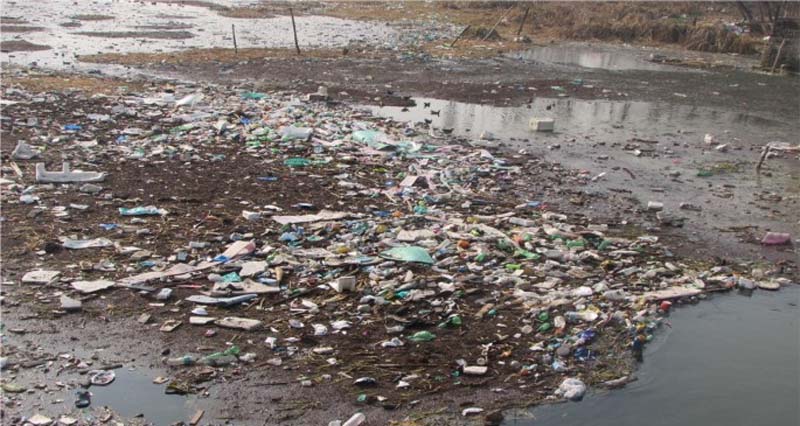 Suhail Bhat
SRINAGAR, Apr 20: The environmentalists and citizens have raised concern over the dumping of waste in the forests of Kashmir’s less explored tourist spot Yousmarg in Central Kashmir’s Budgam district as authorities have failed to make the waste treatment plant functional.
The experts alleged that the waste is being dumped in the forests of the Yousmarg at different places, which is severally affecting the ecology of the place. “The pristine environs of the place are being ravaged by the unattended waste in the forest area at different places. This dumping of waste is against the NGT guidelines,” a concerned environmentalist said.
He informed that the waste treatment plant being set up at the place to save the pristine meadows is yet to be made functional. The plant which has a mechanical segregator and organic composter was purchased last year at an estimated cost of Rs 65 lakhs. “The waste treatment is lying defunct for last one year as the administration has failed to make it functional,” he said.
An official said that over 20-employees that have been entrusted with the job of keeping the meadows clean have failed to do so. “Even the park maintained by the development authority is littered with trash,” he said.
Executive Engineer, Yousmurg Development Authority (YDA) Chadoora, Hilal Ahmad, assured they would make the plant functional in the next three-four months. “The project got delayed because of the unfavorable situation that the Valley witnessed in last year. But we are on it and it will be made functional soon,” he said.
The concerned locals of the area said despite having the most attractive environs the Tourism Department has failed to develop Yousmarg as a tourist destination. “The Government has not promoted in the desired way,” Sarwar Ahmad, a local said.
Another official said that the primary reason for the underdevelopment of the tourist spot is the failure of authorities to appoint a proper Chief Executive Officer for the Development Authority. He added that the Yousmarg Development Authority which was created to improve the tourist infrastructure is headless for last many years and that has badly affected its functioning.
“Additional Deputy Commissioner (ADC) Budgam who has been given the charge of CEO, has no- time to visit the place. In addition, the Executive Engineer PWD (R&B) division Chadoora who holds the additional charge of Executive Engineer of YDA is already overburdened with another additional charge,” an official said, adding that although over Rs 2 crore were spent on construction of Tourist Reception Complex (TRC) at Yusmarg, not even a single officer has an office in the complex.