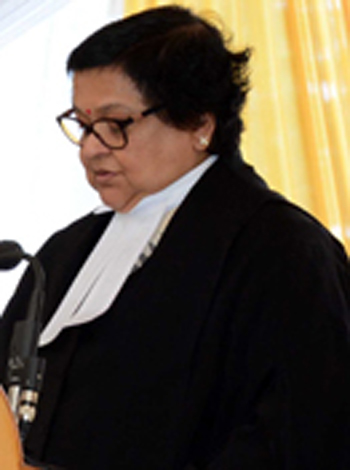 JAMMU, Aug 7: After remaining suspended for two days consecutively owing to separatists strike in Kashmir valley, the Swami Amarnath yatra resumed from Bhagwati Nagar Yatri Niwas here early this morning with a batch of 454 pilgrims leaving for holy cave under tight security measures.
These pilgrims including 63 women left for twin base camps of Baltal and Nunwan -Pahalgam.
The yatra was suspended from Jammu on Sunday, in view  of the separatist-sponsored two-day strike in protest against the legal challenge to the validity of Article 35A, which provides special rights and privileges to the natives of Jammu and Kashmir.
A police official said the 36th batch of 454 pilgrims, comprising 391 men and 63 women, left the base camp in a convoy of 11 vehicles under tight security.
While 230 pilgrims, including 30 women, have opted to undertake the yatra from the shortest 12-km Baltal route in Ganderbal district of Central Kashmir, 194 others, including 33 women, are performing the yatra from the traditional 36-km Pahalgam track, in Anantnag district of South Kashmir, the official said, adding the pilgrims heading for Pahalgam also included 33 Sadhus.
Due to the suspension of yatra for two days the number of pilgrims visiting holy cave from both Baltal and Chandanwari tracks was very less.
According to an officer on yatra duty, 384 pilgrims paid obeisance to naturally formed Shivlingam in holy cave on 41st day of darshan today. It is the lowest number of pilgrims performing darshan in cave shrine since the yatra started on June 28.
The officer said till date 2,74, 466 pilgrims have performed darshan at the holy cave.
He said majority of these pilgrims have returned to  their home States while others are on the way back.
The officer said, 87pilgrims left for holy cave from Baltal base camp this morning while 60 pilgrims left by chopper. A very less number of 40 pilgrims left for holy cave from Nunwan-Chandanwari track, he added.
He said the pilgrims camping at transit camps of Sheshnag and Panjtarni also left for their onwards sojourn early this morning. There are about 800 pilgrims camping at Baltal base camp for night and they included those yatris also who had returned from holy cave after performing darshan, he added.
He said the pilgrims stranded at Baltal and Manigam transit camp, also left for Srinagar this morning as two day strike call ended.
He said the weather remained cloudy during the day but there was no disturbance in the movement of yatra on both the tracks. However, the rush has considerably declined and in comparison to first fortnight of darshan when thousands of pilgrims used to pay obeisance in holy cave daily, the number has reached to a paltry few hundreds now.
He said maximum ‘langars’ as well as ponywallas have shifted from the yatra area following the decline in pilgrims rush and there is no hustle and bustle in the base camps and transit camps, which used to be seen during the first fortnight.
The 60-day annual yatra commenced from the twin tracks on June 28. It is scheduled to conclude on August 26, coinciding with Shravan Purnima and Raksha Bandhan festival after the holy mace of Lord Shiva reached the cave shrine from its abode Dashnami Akhara, Srinagar in Kashmir valley.
The holy mace led by its sole custodian, Mahant Deependra Giri of Dashnami Akhara will enroute pay obeisance at historic Durga Nag temple Srinagar, Shiv temple of Pampore, Awantipora, Bijbehara, Nagbal Anantnag, holy Sun temple of Mattan, Ganeshpora temple and Pahalgam before leaving for cave shrine.
After reaching holy cave in the morning of August 26, it will start the return journey on the same day and have a night halt at Panjtarni. It will leave for the Pahalgam from Panjtarni next day where the performance of religious rituals and immersion ceremonies in river Lidder will mark the culmination of annual yatra as per tradition.