Jammu, Dec 4: With the objective of generating awareness on Gender related issues and raising sensitization on the provisions of the Sexual Harassment of Woman at Workplace(Prevention, Prohibition and Redressal) Act, 2018, a one day Workshop on the topic ‘Gender Sensitization – Breaking Barriers & Addressing Issues’ was organized by High Court of J&K and Ladakh (Sexual Harassment Probe Committee) in association with J&K Judicial Academy and J&K Legal Services Authority at Judicial Academy Complex, Jammu.
The workshop was organized under the vision of Justice Pankaj Mithal, Chief Justice, High Court of Jammu & Kashmir and Ladakh, (Patron-in-Chief, J&K Judicial Academy), guidance of Justice Dhiraj Singh Thakur, Chairman, other Judges of Governing Committee of Jammu & Kashmir Judicial Academy, and the directions of Justice Sindhu Sharma, Chairperson, Sexual Harassment Probe Committee for the members of Gender Sensitization Internal Complaints Committee (GSICC) and Gender Sensitization Local Complaints Committee (GSLCC) of districts of Jammu province and district Leh.
The workshop was inaugurated by Justice Sindhu Sharma, Sanjay Parihar, Director, J&K Judicial Academy, M.K. Sharma, Member Secretary, J&K Legal Services Authority and Dr. Arti Bakshi, Professor & Head, Department of Psychology, Jammu University were the resource persons in the workshop.
In her inaugural address, Justice Sindhu Sharma highlighted the importance of sensitization on Gender related issues for both men and women and impressed the existence and maintenance of a conducive work environment bereft of any sexually explicit behaviour against women within the society, which is a right intrinsic to them.
In the technical sessions, resource person Dr. Arti Bakshi educated the participants on various aspects of Gender Sensitization including social construction of Gender and Gender roles. She apprised the participants on issues related to gender including gender discrimination, stereotypes, prejudices and gender equality. Sanjay Parihar, Director, J&K Judicial Academy in his discourse during the technical session, explained the provisions of Sexual Harassment of Woman at Workplace (Prevention, Prohibition and Redressal) Act, 2018 with special reference to the constitution of various committees, the process of inquiries into complaints of sexual harassment within the institutions and the penalty provided under the Act.
M.K. Sharma, Member Secretary, J&K Legal Services Authority deliberated during the technical session that the sexual harassment of women at workplace is violative of the fundamental rights of women enshrined in the constitution. He discussed the provisions of the Act, the rules and the regulations their under specifically those dealing with constitution of Complaints Committees, complaints of Sexual Harassment, enquires and duties of employer. He also highlighted the importance of awareness along with capacity building exercises and skill building programmes for raising sensitization on the subject. 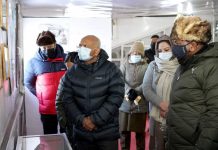 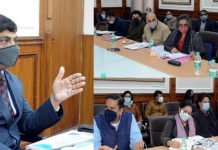 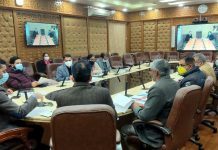 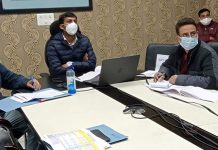 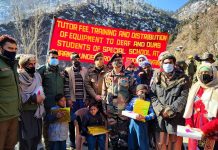 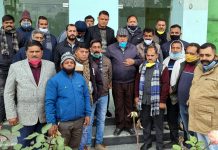 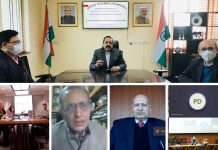 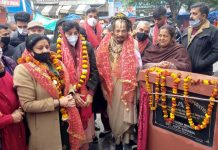 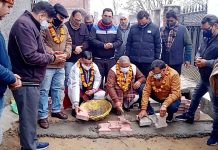 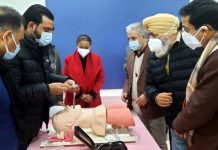 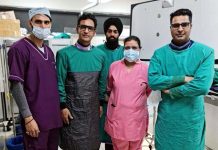 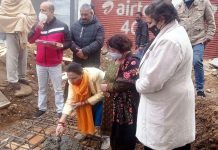