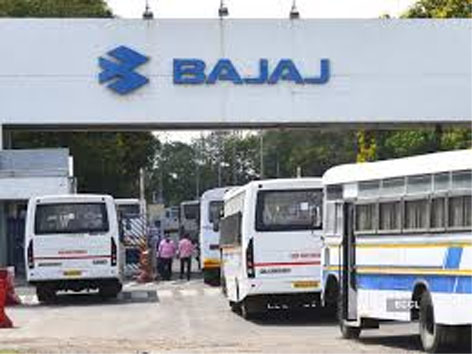 NEW DELHI, July 7: A section of workers at Bajaj Auto’s Waluj manufacturing plant are seeking temporary suspension of operations after 400 employees at the facility have tested positive for COVID-19, as per a union leader.
“We are demanding that due to increased number of COVID-19 cases, work should be suspended for few days to break this cycle of transmission of disease. We are just seeking temporary suspension of work for few days,” Bajaj Auto Workers’ Union President Thengade Bajirao told PTI when contacted over the matter.
A mail sent to Bajaj Auto regarding the issue remained unanswered.
The workers’ union, which has around 3,000 members at the Waluj plant, said they have already spoken to the management and have even offered to put in extra hours to compensate for the production loss during the closure.
“There are already over 400 positive cases and seven deaths have also taken place.The management is also trying to find solutions but the fact remains that the number of cases are increasing,” Bajirao said.
He further said: “We have even told them that we will compensate for the production loss for the 8-10 days by working extra time and on holidays. There won’t be any loss to the company due to this suspension of work. We won’t work against the factory.”
The last discussion with the management took place in the preceding week and ended without any headway, he said.
“We will again talk to the management regarding this. We are also looking to speak to government authorities to mediate regarding this. A decision on speaking to authorities will be taken in a day or so,” Bajirao said.
Bajaj Auto has three plants in the country — one each at Waluj and Chakan (Maharashtra) and one at Pant Nagar in Uttarakhand.
The company employs over 8,100 people at the Waluj plant which rolls out models like Discover, Platina, CT 100, Boxer and three-wheelers (RE). (PTI)