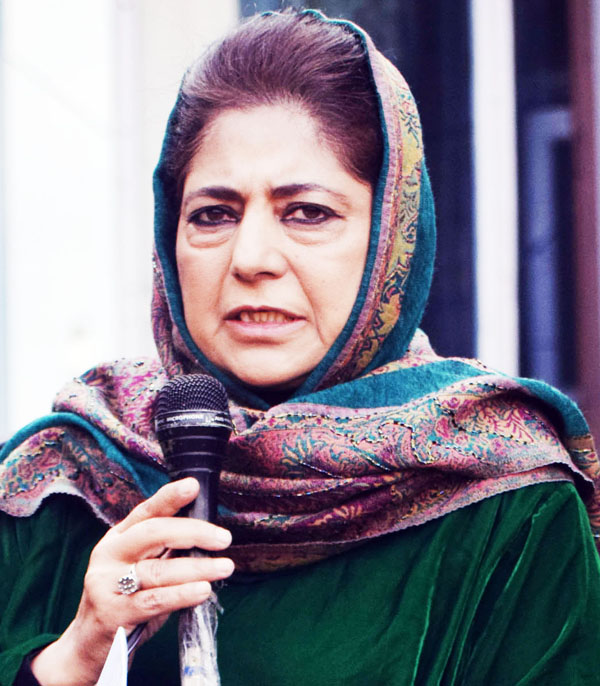 Fayaz Bukhari
Srinagar, Oct 23: Former Chief Minister and People’s Democratic Party (PDP) president, Mehbooba Mufti today said that she will not raise any flag till the flag of Jammu and Kashmir is returned and refused to contest elections till Kashmir issue is resolved.
She also said that the ruling party in the Centre is trying to replace the Constitution of the country with its party manifesto.
Addressing a news conference, Mehbooba Mufti, who was accompanied by Abdul Rehman Veeri, Ghulam Nabi Lone Hanjura and Suhail Bukhari told media persons that the Bharatiya Janata Party (BJP) has demolished the constitution of the country.
She said the party has demolished the country’s constitution and has been implementing “anti-people acts”. However, she said that the current era of authoritarian rule will also not sustain forever, saying that Hitler’s rule also culminated.