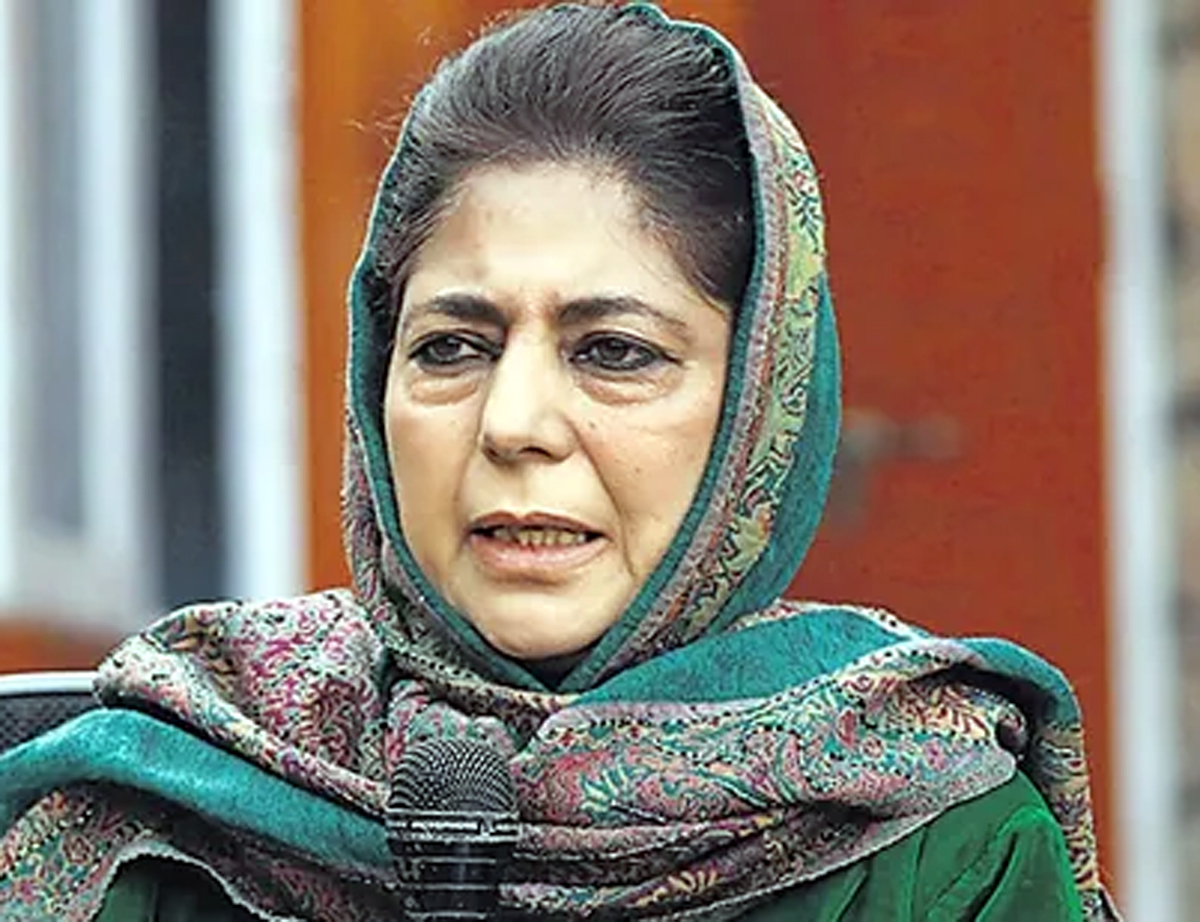 Excelsior Correspondent
New Delhi, Dec 7: Stating that she will not fight election until Article 370 is restored, former Chief Minister of erstwhile State of Jammu and Kashmir Mehbooba Mufti said today that People’s Democratic Party (PDP) will fight elections in future.
Speaking to reporters here, PDP chief said, “Of course, we are going to fight elections, we will not cede any space to them, I won’t be fighting elections till Article 370 is restored.”
Referring to the recent incidents when action was taken against those who cheered for Pakistan during the India-Pakistan cricket match, Mufti recalled that during former Prime Minister Atal Bihari Vajpayee’s time, citizens of the two countries were cheering for each other.
“I remember a cricket match between India and Pakistan during Vajpayee ji’s era, where citizens of Pakistan were cheering for India and citizens of India were cheering for Pakistan. And former Pakistan President Pervez Musharraf also praised the then Indian captain MS Dhoni,” said PDP chief.
“But some days ago in Agra, when some youngsters cheered for the Pakistan cricket team during a match with India, not a single lawyer is ready to take their case, so it feels like Gandhi’s India is turning into Godse’s India,” she added.
Mufti further said: “Have never seen a greater Statesman than Vajpayee. He visited Pakistan twice. He knew dialogue is the way forward.”
She also slammed the BJP for running Jammu and Kashmir like a colony. Mufti has been asking the Centre to restore Article 370 and Article 35A and said that Kashmir cannot be kept with the country by using muscle power.
Mehbooba backed the demands for repealing the Armed Forces (Special Powers) Act, and said there is need for new beginning by removing it from areas where militancy has reduced.
Mufti said repealing the AFSPA was a part of the agenda of the party when it formed Government in coalition with the Bharatiya Janata Party in the erstwhile State.
“It was a part of our agenda with the BJP. It wasn’t a secret. We believe AFSPA should be repealed in areas where militancy is lesser, it can be a good beginning,” Mufti said.
“We are in a democracy, how long can people be kept together by pointing guns at them?”, she said.
The PDP chief, however, added that she did not expect that the Government would take a step in that direction. “This Government will not think of it, they extended BSF jurisdiction in Punjab and West Bengal because they could not fight politically,” she said.
Demands for repeal of the AFSPA have come from several quarters, including BJP’s allies like National People’s Party (NPP) and Nationalist Democratic Progressive Party (NDPP).