E-Paper
Home Latest News It will be all VVPAT in 2019 Lok Sabha polls: EC Sunil...

AMRITSAR: Election Commissioner Sunil Arora Saturday said VVPATs will be used at all polling stations in the 2019 Lok Sabha election.

“The use of Voter Verifiable Paper Audit Trail machines has been a success during elections held in the past, and keeping in view its effectiveness, the Election Commission of India is committed to provide 100 per cent VVPAT machines at all the polling stations in 2019 Lok Sabha elections,” he said here.

VVPAT is a machine which dispenses a slip with the symbol of the party for which a person has voted for. The slip drops in a box but the voter cannot take it home.

Arora was talking to the media after a meeting with election and returning officers of Amritsar, Jalandhar, Tarntaran, Kapurthala, Gurdaspur, Hoshiarpur and Pathankot districts to prepare for the 2019 Lok Sabha election. (AGENCIES) 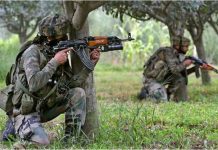 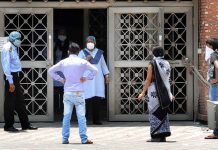