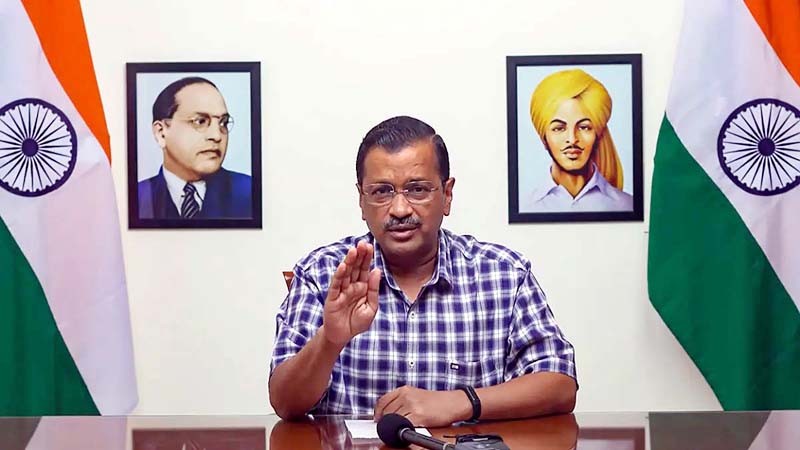 NEW DELHI, Sept 10: Delhi Chief Minister Arvind Kejriwal on Saturday appreciated the AAP-led Punjab Government for regularising 8,736 school teachers, and urged all State Governments to do the same.
He said the Delhi Government had also brought in a Bill in the Assembly to regularise guest teachers in the national capital but the Centre did not approve it.
Kejriwal said all contractual Government employees would be regularised in the states where the AAP comes to power.
All the states and the Centre should also do this, he added.
“At a time when permanent Government jobs are being reduced and more temporary employees are being hired, Punjab Chief Minister Bhagwant Mann regularised the services of 8,736 teachers. This will prove to be an example for others too,” Kejriwal said.
He stressed that the education revolution in Delhi was brought about by the efforts of guest and regular teachers, and said the notion that permanent employees were shirkers was wrong.
“Our regular hospital staff did wonders in Delhi’s hospitals and mohalla clinics. These regular teachers and doctors in Delhi helped us revolutionise education and health services,” the Chief Minister said.
He termed the contractual employment system “highly exploitative” and questioned why Government jobs were being cut down by states and the Centre if the economy was growing.
“I urge all State Governments to regularise the services of their temporary employees, and from the Aam Aadmi Party’s side, I assure you that we will regularise temporary employees wherever our Governments are formed,” Kejriwal said. (PTI)