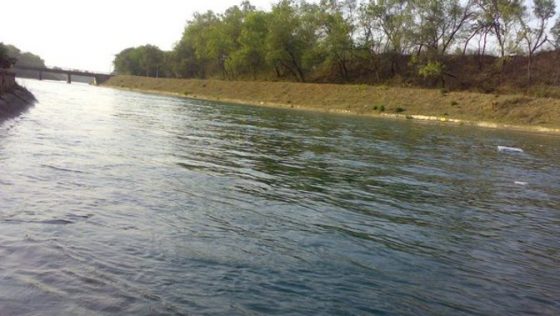 NEW DELHI, Aug 21: Water level of the Yamuna started receding on Wednesday, but the river continues to flow above the danger mark, an official said.

A Northern Railway spokesperson said rail traffic over the old Yamuna bridge (‘Lohe wala Pul’), which was temporarily suspended on Tuesday night, was restored at 4.25 pm on Wednesday with speed restriction of 20 kmph.

The river breached the danger mark of 205.33 metres on Monday.

“The water level is likely to recede further as Haryana has so far not released water from the Hathni Kund barrage in large quantity,” a government official said. At 4 pm, only 10,000 cusec water was released from the barrage.

Due to inundation of low-lying areas, over 15,000 people living in Yamuna floodplains have been shifted to tents set up by various government agencies, officials said.

Earlier on Wednesday, Delhi Chief Minister Arvind Kejriwal met people affected by the flood and said the government will ensure that there is no shortage of relief materials.

The river flows through six districts of Delhi whose low-lying areas are prone to flooding. The administration has deployed 30 boats to prevent accidental drowning.

In 1978, the water in the river rose to its highest-ever level of 207.49 metres, causing a devastating flood in the national capital. (PTI)