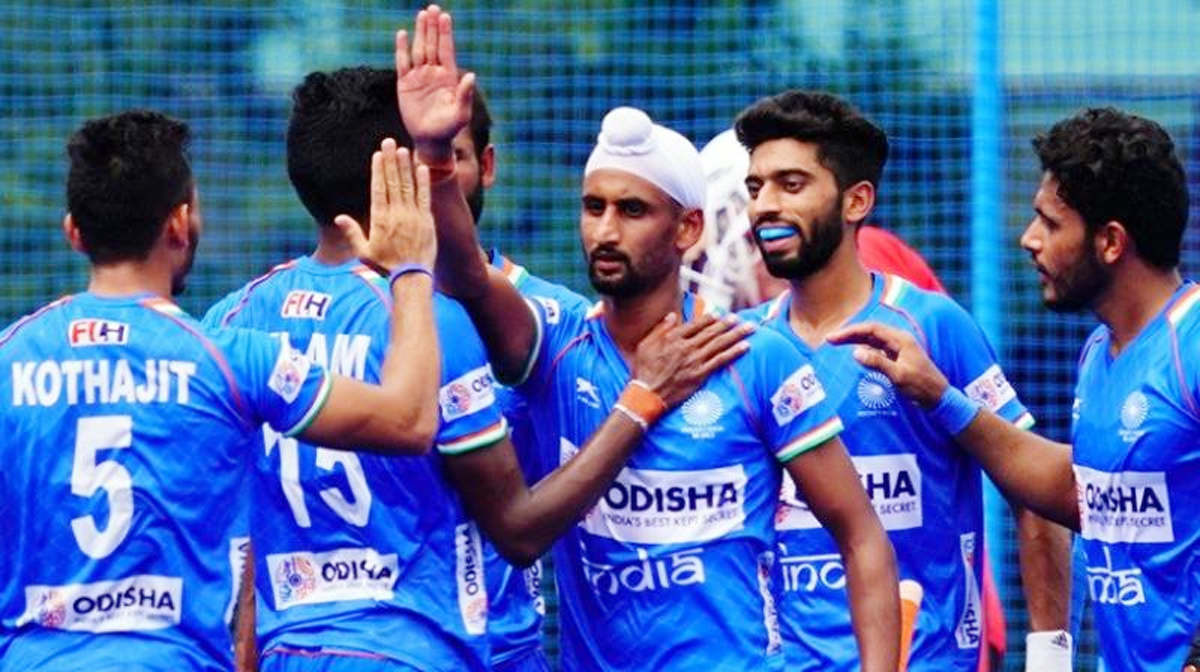 The Indian men’s hockey team avenged their round robin league-stage loss by defeating New Zealand 5-0 in the final of the Olympic Test Event held here on Wednesday.
Captain Harmanpreet Singh (7′) set the ball rolling before Shamsher Singh (18′), Nilakanta Sharma (22′), Gursahibjit Singh (26′) and Mandeep Singh (27′) scored for India at the Oi Hockey Stadium.
India had lost 1-2 to New Zealnd earlier in round robin league-stage.
Both teams began the match on a cautious note by turning over the ball in the midfield. India won a penalty corner in the seventh minute, but couldn’t capitalise on the opportunity.
However, skipper Harmanpreet didn’t miss out on a re-awarded penalty corner. He executed a perfect dragflick to put India in the lead.
The Indian team continued to hold possession and put tremendous pressure on the New Zealand defense as they ended the first quarter at 1-0.
Shamsher scored India’s second goal through a penalty corner in the 18th minute. New Zealand managed to make only two circle entries in the second quarter as the Indian team scored three more goals.
Nilakanta found the back of the net in the 22nd minute before Gursahibjit and Mandeep scored in quick succession. Vivek Prasad intercepted the ball brilliantly to assist a goal for Gursahibjit and Mandeep converted a penalty corner just before the half-time whistle.
After an action-packed first half, the intensity dropped from both sides. New Zealand tried to make a few inroads in the third quarter as they took a shot in the 37th minute which went wide of the post and Jarmanpreet Singh saved a penalty corner in the next minute. India and New Zealand played out a goalless quarter as the former held the lead at 5-0.
In the last quarter India ensured they stayed in the lead as they didn’t allow New Zealand to break through their defense throughout the match. India’s attacking approach in the match paid off as they walked off the pitch as winners of the competition. (PTI)