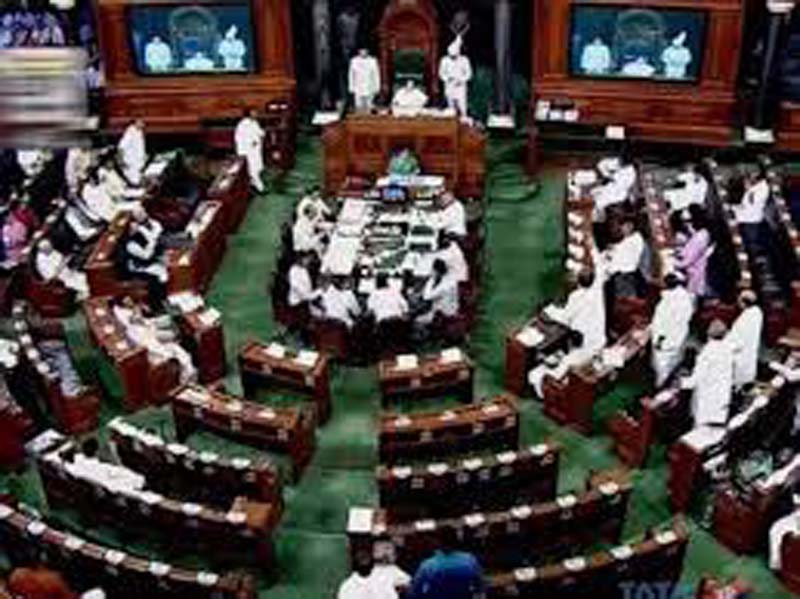 NEW DELHI, Aug 2: Acrimonious scenes were witnessed in Lok Sabha on Friday during the debate on a bill which seeks to remove the Congress president as a permanent member of a trust that runs the Jallianwala Bagh National Memorial.
Seeking the passage of the bill, Culture Minister Prahlad Patel said the government wants to end politics involved with regard to the Jallianwala Bagh National Memorial Trust.
“It is our belief and principle that politics should be removed from the national memorial hence the amendments were brought to the 1951 Act,” he said.
Patel said there should be no politicisation of the memorial rather there should be nationalisation.
“It should be a great tribute to Udham Singh,” he said.
Opposing the bill, Congress member Gurjeet Aujla said the government wants to re-write the history by removing the
Congress president from the trust. “This government wants to distort history, destroy history. You cannot remove the sacrifice of the Congress to the country’s freedom struggle,” he said.
As Aujla attacked the ruling BJP and like-minded organisations for “not taking part in the freedom struggle”, the ruling party members countered him with slogans.
“You have no contribution to the country’s freedom struggle. Why do you want to control the memorial,” he alleged.
Participating in the debate, Akali Dal member and Union Minister Harsimrat Kaur Badal said it was members of the Congress which were involved in the 1984 riots against Sikhs.
Badal alleged that a person involved in the 1984 anti- Sikh riots has been made chief minister, and a close relative of Punjab chief minister had lauded the role of General Dyer who was involved in the Jallianwala Bagh massacre.
“This was a recorded history and you cannot forget it,” she said.
With this, the Congress countered Badal shouting slogans and made counter allegations. At one time, a few members of the Congress were seen showing placards about drug mafia in Punjab.
DMK leader Dayanidhi Maran said he was ashamed to see acrimonious scenes in the House. “We respect freedom fighters and I am proud of them.
Congress is the only party which fought the freedom struggle. Other parties in the country are a byproduct of Congress,” he said.
Maran said the BJP got a huge majority in Lok Sabha and it should be magnanimous.
“With great power comes responsibility. But you are not behaving responsibly,” he said.
He asked the government to withdraw the bill and not to waste the valuable time of the House. Trinamool Congress member Saugata Roy asked the government not to rewrite history. “Gandhi ji set up the memorial. You want to change the Act after 68 years. I strongly dissent it. You can’t rewrite history,” he said.
Roy said the “BJP’s ancestors” were not part of the country’s freedom struggle and wanted to change the history.
YSR Congress member Ram Krishna Raju said his party does not want to oppose the bill but wanted that freedom fighters from Andhra Pradesh and other states should also be remembered.
Ram Mohan Naidu of the TDP said people from South India also took part in the country’s freedom struggle and they should also be honoured. (PTI)