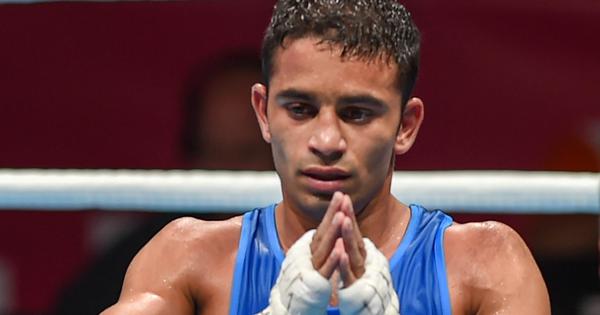 NEW YORK/TORONTO:  Vikas Krishan remained unbeaten, while his close friend Neeraj Goyat also notched up a victory, rounding off a fine outing for Indian boxers in the professional circuit.

Vikas, a Commonwealth and Asian Games gold-medallist in his amateur days, claimed a unanimous verdict against American Noah Kidd in a six-round super welterweight bout at the iconic Madison Square Garden in New York.

Vikas has been training in Newark, New Jersey under veteran boxing coach Wali Moses, who is also the grandfather of 2016 Olympic silver-medallist Shakur Stevenson. He is also a former World Championships bronze-medallist.

Both the boxers have trained together in the past and are close to each other in the circuit.

While Vikas is signed up with the legendary Bob Arum’s Top Rank Promotions, Neeraj is handled by Lee Baxter Promotions.

Vikas made an impressive professional debut — a Technical Knock Out win in the second round against Steven Andrade of the United States — in January earlier this year.

Neeraj, on the other hand, has been around for a while and has the experience of 16 fights, 11 of them victories, two draws, and three losses. (AGENCIES)