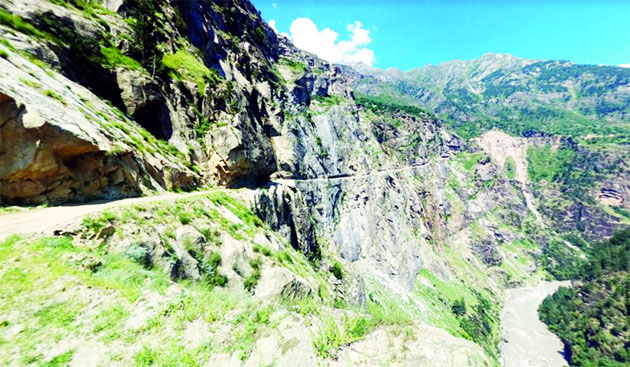 As per a recent World Bankreport, India with only 1 per cent of the world’s vehicles accounts for 11 per cent of the global death in road accidents, the highest in the world.The country accounts for about 4.5 lakh road crashes per year, in which 1.5 lakh people die. In the last 10 years, 13 lakh people have died while 50 lakhwere injured on roads in India. Another study by the Ministry of Road Transport and Highways claims that the socio-economic costs of road crashes is Rs 1,47,114 crore, which is equivalent to 0.77 per cent of the country’s GDP.On the other hand, these injuries and deaths enforce a heavy financial burden at individual level and push the non-poor families into poverty and the already poor into debt. And as more than half of all fatal road traffic accidents happen in rural areas, where emergency services are inaccessible, these can often lead a household into extreme familial and monetary grief.
One such rural region, where road accidents have destroyed several families is the famous Chenab Valley in the newly formed Union Territory of Jammu and Kashmir. Known for its mesmerizing natural beauty, gigantic mountains overlooking the mighty Chenab, this region
comprises three districts – Ramban, Doda and Kishtwar. Valley’s beauty, however, is failed by the poor road infrastructure. The dilapidated roads contribute as one of the major reasons for these accidents followed by carelessness of the truck drivers. They can be often spotted speaking on phone as they drive through these dangerous hilly roads.
Between 2013-2018, the Chenab Valley had witnessed as many as 1193 road accidents with no improvement in the last three years. Hundreds of people have lost their lives in these accidents. Entire families have been killed on several occasions. Children have become orphans while women have been left helpless. In these districts, women and children can be seen begging in the bazaars and at the doors of mosques. Most of these beggars told the writer that after losing the breadwinners of their family to road accidents, they were left with no choice but to beg to take care of their families. Administration has so far not been successful in addressing this issue.
District Development Councilor (DDC) from Kahan Constituency, Mehraj Malik believes that the Chenab valley does not receive as much attention from authorities as it is a remote area. There is a need to address people’s concerns and the administration should take immediate steps to improve the condition of the roads. On the other hand, Nadeem Sharif Naz, DDC, Bhalessa Constituency believes that old, rusted vehicles carrying passengers in these hilly districts is also a reason why more road accidents happen here. The traffic administration must inspect these vehicles and ensure that unfit vehicles are not allowed to run on roads.
Shahnawaz, a social activist from the valley, said that the road accidents have become a norm in this region. “Accidents occur due to lack of crash barriers on these hilly roads. The priority of the administration should be to get these barriers installed,” he said. The Chief Engineer of Roads and Buildings Department said, “The Union Government should take the appropriate measures in improving the roads in the Chenab Valley and guide the local administration to address this menace of road accidents here.”
(Charkha Features)