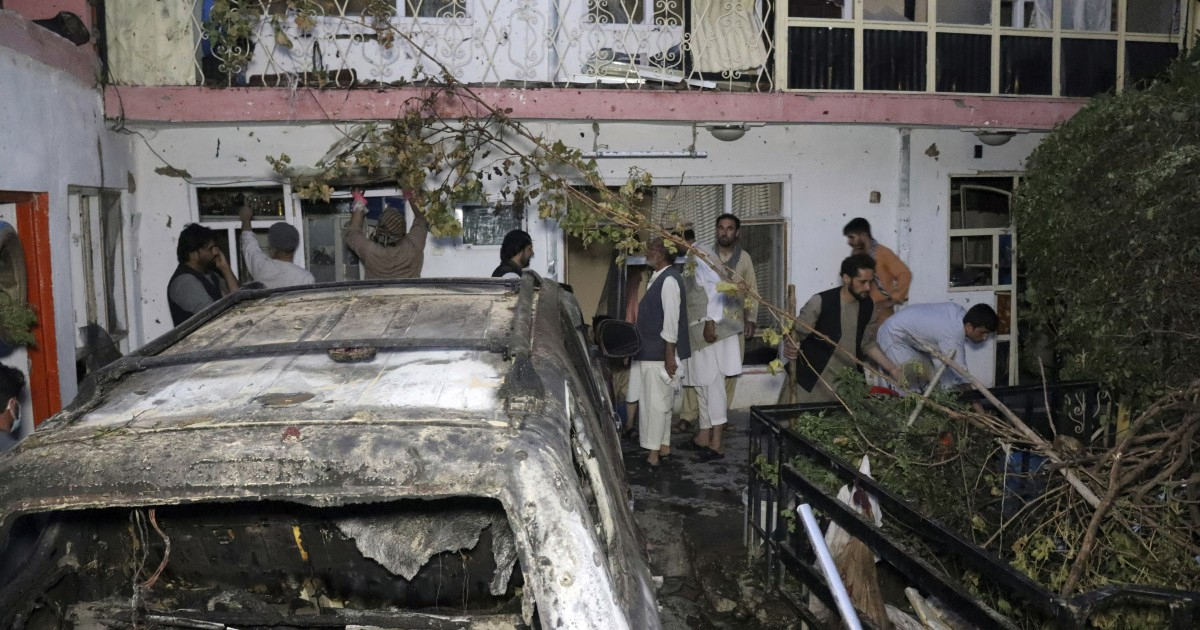 Washington, Oct 16: The US Defence Department has said that it is committed to offering condolence payments to relatives of the 10 people who were killed in an errant US drone strike in Kabul, Afghanistan, in August.
Pentagon spokesman John Kirby in a statement on Friday said that the Defence Department was also working with the State Department to help surviving family members relocate to the United States.
Kirby said the matter arose in a meeting Thursday between Dr Colin Kahl, under secretary of defence for policy, and Dr Steven Kwon, founder and president of the nonprofit group Nutrition & Education International.
“Dr Kahl reiterated Secretary of Defence Lloyd Austin’s commitment to the families, including offering ex gratia condolence payments,” Kirby said. He did not say how much money would be offered.
On Aug 29, a US Hellfire missile struck a car driven by Zemerai Ahmadi, who had just pulled into the driveway of the Ahmadi family compound. In all, 10 members of the family, including seven children, were killed in the strike.
Weeks later, Marine Gen. Frank McKenzie, head of US Central Command, called the strike a “tragic mistake” and said innocent civilians were indeed killed in the attack.
During the meeting Thursday, Kwon told Kahl that Ahmadi had work with NEI for many years, “providing care and lifesaving assistance for people facing high mortality rates in Afghanistan,” according to Kirby.
The US military initially defended the strike, saying it had targeted an Islamic State group’s “facilitator” and disrupted the militants’ ability to carry out attacks during the chaotic final stage of the withdrawal of US and NATO troops from Afghanistan.
Discrepancies between the military’s portrayal of the strike and findings on the ground quickly emerged. The Associated Press and other news organisations reported that the driver of the targeted vehicle was a longtime employee at a US humanitarian organisation. There were no signs of a large secondary blast, despite the Pentagon’s assertion that the vehicle contained explosives.
The drone strike followed a devastating suicide bombing by an Islamic State offshoot that killed 169 Afghans and 13 US military personnel at one of the gates to the Kabul airport in late August.
Last month, McKenzie said the US was considering making reparation payments to the family of the drone strike victims. (AGENCIES)