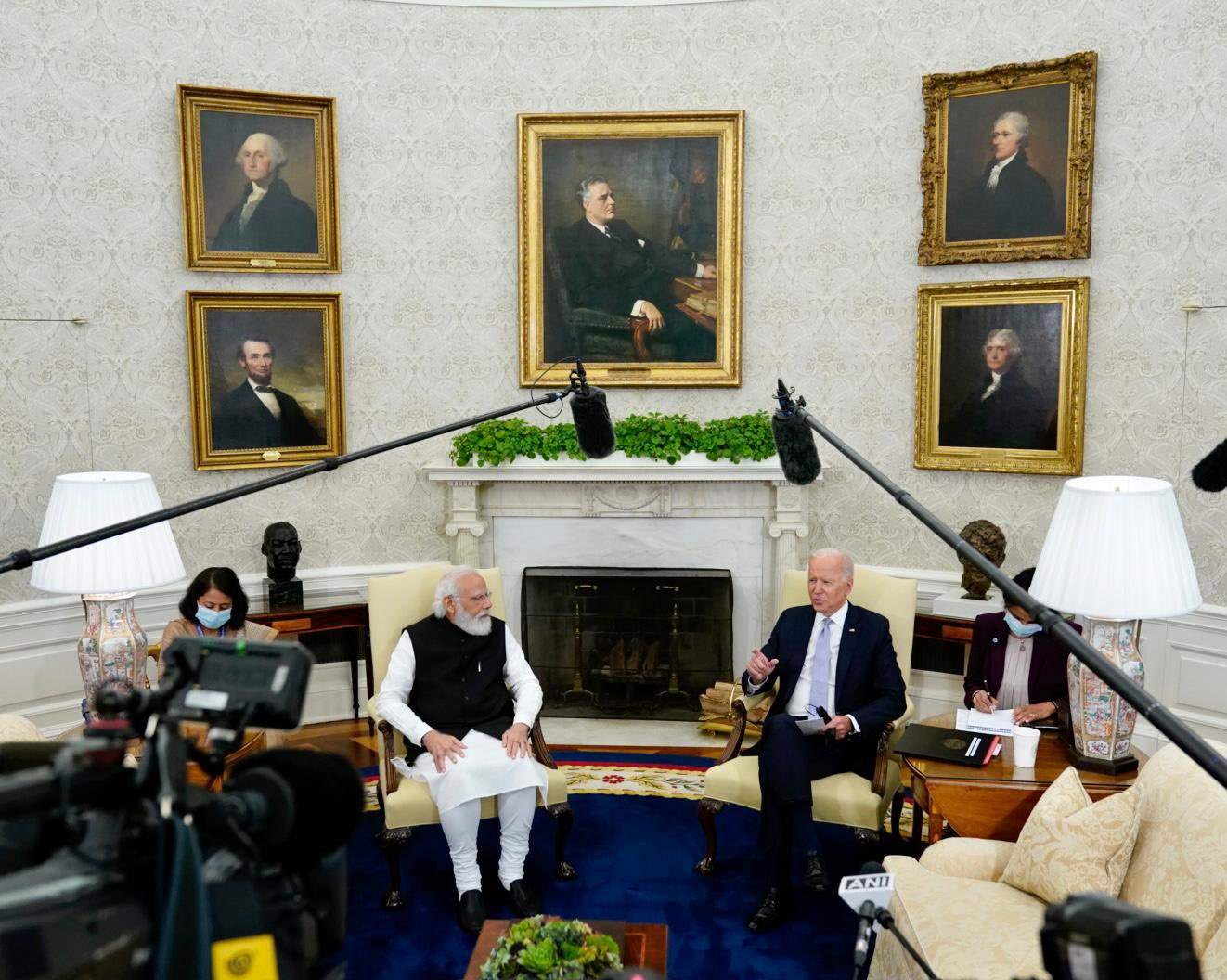 Washington [US], Sept 24: Prime Minister Narendra Modi on Friday said US President Joe Biden is taking initiatives to implement his vision for India-US relations.
He also thanked Biden for the warm welcome accorded to him and his delegation at the White House.
“I thank you for the warm welcome accorded to me and my delegation. Earlier, we had an opportunity to hold discussions and at that time you had laid out the vision for India-US bilateral relations. Today, you are taking initiatives to implement your vision for India-US relations,” PM Modi while interacting with the Biden.
The delegation-level talks between PM Modi and US President Biden began here at the White House on Friday. This is the first meeting between the two leaders since Biden assumed office as US President in January this year.
Moments before his meeting with PM Modi, Biden said he is looking forward to strengthening the deep ties between the two countries.
“This morning I’m hosting Indian Prime Minister Narendra Modi at the White House for a bilateral meeting. I look forward to strengthening the deep ties between our two nations, working to uphold a free and open Indo-Pacific, and tackling everything from COVID-19 to climate change,” Biden said in a tweet.
During the meeting, the two leaders will review the Comprehensive Global Strategic Partnership between the two countries. They will also exchange views on regional and global issues of mutual interest.
Comprehensive Global Strategic Partnership between the two countries is anchored in “mutual trust, shared interests, goodwill and robust engagement of their citizens” and covers a wide gamut of areas including trade and defence.
The two countries also have strategic convergence on Indo-Pacific. The meeting is taking place in the backdrop of the Taliban takeover of Afghanistan and the issue is likely to figure in the discussions.
Since January, PM Modi and Biden have participated in three summits. Two of them were hosted by President Biden – the Quad virtual summit in March and the Climate Change Summit in April which was also held virtually.
PM Modi also virtually took part in the G7 Summit held at Cornwall in the UK in June this year.
The bilateral meeting between the Prime Minister and the US President will be followed by the first in-person Quad leaders’ summit.
On Thursday, the Prime Minister held bilateral meetings with United States Vice President Kamala Harris and Prime Ministers of Australia and Japan. (Agencies)