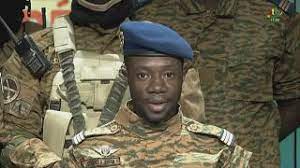 Washington, Jan 25: The US has demanded Burkina Faso’s rebels to immediately release President Roch Marc Christian Kabore and other government officials who were detained over the weekend, State Department spokesperson Ned Price said during a press briefing.
“We are aware of reports that the President of Burkina Faso has been detained by members of the country’s military,” Price said on Monday. “We call for the immediate release of President Kabore and other government officials and for members of the security forces to respect Burkina Faso’s constitution and civilian leadership.”
US citizens in the country have been advised to take shelter and monitor local media updates following the implementation of a mandatory curfew amid unstable situation. Intense gunfire was heard on Sunday morning in two military camps in Burkina Faso’s capital of Ouagadougou.
One of the camps housed a prison where Gen. Gilbert Diendere and other military involved in a failed 2015 coup were held. Earlier in the day, Diendere has been freed while the president and parliamentary leader Allassane Bala Sakande, his potential successor, have been captured by mutinying soldiers.
Earlier in the day, the military rebels appeared in front of the state broadcaster’s building to make a statement that they are in charge of the country and vowed to remain committed to international obligations.
Reports have been coming in on Monday that the president was removed from power and is currently held in one of General Baba Sy’s garrisons in the capital city, according to the weekly Jeune Afrique.