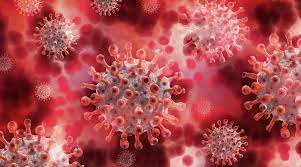 Washington, Jun 17: The US Centers for Disease Control and Prevention has classified the Delta, a highly transmissible COVID-19 variant first identified in India, as a “variant of concern.”
“The B.1.1.7 (Alpha), B.1.351 (Beta), P.1 (Gamma), B.1.427 (Epsilon), B.1.429 (Epsilon), and B.1.617.2 (Delta) variants circulating in the United States are classified as variants of concern. To date, no variants of high consequence have been identified in the United States,” the CDC said in a statement on Tuesday.
The CDC said the Delta variant shows increased transmissibility, potential reduction in neutralisation by some monoclonal antibody treatments under emergency authorisation and potential reduction in neutralization from sera after vaccination in lab tests.
The variant of concern designation is given to strains of the virus that scientists believe are more transmissible or can cause more severe disease. Vaccines, treatments and tests that detect the virus may also be less effective against a variant of concern.
Previously, the CDC had considered the Delta variant to be a variant of interest.
The World Health Organization classified the Delta variant as a variant of concern on May 10.
The CDC estimates it accounted for 9.9 per cent of cases in the US as of June 5.
By June 13, it accounted for 10.3 per cent of cases, according to the website outbreak.Info, which tracks variants. The Delta variant could be the dominant strain in the US within a month, the CNN report warned.
US President Joe Biden and his Chief Advisor Dr Anthony Fauci last week have warned that the Delta variant of the novel coronavirus is highly infectious, which is now the dominant strain in the United Kingdom, spreading rapidly among young people between 12 and 20 years old.
COVID-19 cases have been declining over the past few months in the United States, but there’s concern that could change as the pace of vaccinations slows and the Delta variant spreads.
The US, the worst hit country by COVID-19 pandemic, has so far reported 33,498,155 confirmed cases and 600,649 deaths. (PTI)