E-Paper
Home Internation-left US begins repatriation of its nationals from India, receives help from govt:... 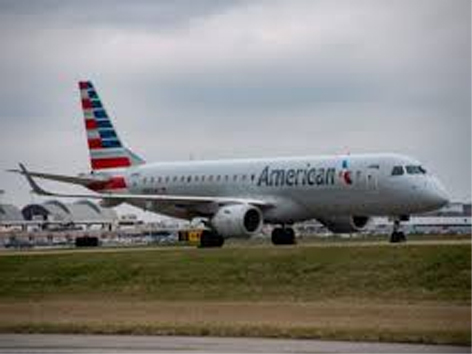 WASHINGTON, Apr 2: The US has begun repatriation of its stranded nationals, who want to return home, from India which is undergoing a 21-day lockdown to stem the spread of coronavirus pandemic, a senior American diplomat has said, praising the Indian government for extending full support to undertake this “important mission”.
The repatriation from India is part of the massive effort being undertaken by the US for its citizens from across the world. So far, the US has repatriated over 30,000 citizens from over 60 countries on more than 350 flights.
“We began our repatriation efforts from India yesterday with a flight that brought in some 170 US citizens,” Principal Deputy Assistant Secretary for Consular Affairs Ian Brownlee told reporters during a conference call on Wednesday.
“We will begin a steadier flow of flights out of New Delhi and Mumbai in the coming days, really beginning toward the end of this week and into the weekend,” he said in response to a question.
There are more than 80 flights scheduled or in the planning stages from various locations, he added.
Reluctant to share the specific numbers which remain highly dynamic, Brownlee said the number from India is in the multiple thousands, who have indicated a possible interest in being repatriated to the US.
“We have found the Government of India has been very cooperative and very helpful with us in arranging these repatriation flights. We are thankful to them for their assistance and their support as we undertake this important mission,” Brownlee said.
The US has run into some complications with regard to its efforts in Africa because of the closures in airspaces there, he added.
In Africa, out of the 57 international airports on the continent, over 30 of them are either at restricted or no operations, and every repatriation flight is being negotiated by the country team on the ground on a case-by-case, flight-by-flight basis in a great number of the countries involved, said William Walters, Deputy Chief Medical Officer for Operations, Bureau of Medical Services in the State Department.
The United States has some 20 million people living overseas.
Walters said the Department of State was making every effort to assist US citizens overseas who wish to return to the country.
“But as the COVID-19 situation develops, our ability to provide such assistance, whether working with commercial airlines or arranging for evacuation flights, may become more limited or even unavailable,” he said.
Brownlee said that if US citizens wished to return to America, they should make arrangements to do so now, and contact the nearest embassy or consulate for assistance.
“There’s no guarantee the Department of State will be able to continue to provide repatriation assistance, and transportation options from many countries to the United States may become unavailable in the future, even in a few weeks’ time,” he warned.
Those who choose to remain overseas should be prepared to remain there for the foreseeable future, he asserted, in an indication of the gravity of the situation.
“If you were on the beach when an earthquake struck, you wouldn’t just stand there waiting for the coming tsunami. You would head for higher ground immediately. Well, in this case, the earthquake has happened. It’s time to seek higher ground now, and not hope for rescue later,” Brownlee said.
A nationwide 21-day lockdown was enforced on March 24 in India to check the spread of coronavirus as social distancing is possibly the only way to prevent people from infecting the deadly virus.
A total of 932,605 COVID-19 cases have been reported across more than 175 countries and territories with 16,809 deaths reported so far, according to Johns Hopkins University data.
The US has reported 213,372 COVID-19 cases, the highest in the world, and over 5,000 people have died due to the disease. (PTI)