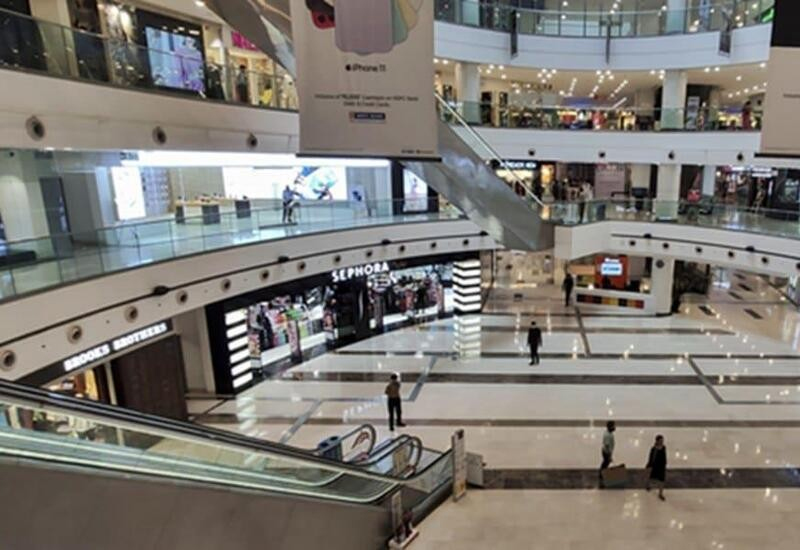 No curbs on inter-State, intra-State movements

NEW DELHI, May 30:
The Home Ministry today said ‘Unlock-I’ will be initiated in the country from June 8 under which the nationwide lockdown effectuated on March 25 will be relaxed to a great extent, including opening of shopping malls, restaurants and religious places, even as strict restrictions will remain in place till June 30 in the country’s worst-hit areas.
While announcing the extension of the lockdown in Containment Zones across the country, the Union Home Ministry said temples, mosques, churches and other religious places and shopping malls will be allowed to open in a phased manner from June 8 while a decision on opening of schools and colleges will be taken in July in consultation with the States.
Issuing fresh guidelines to tackle the COVID-19 pandemic, which has so far claimed 4,971 lives and infected 1,73,763 people in India, the Home Ministry has given more powers to the states and Union Territories to ascertain and define a containment zone.
Delhi at present has 122 Containment Zones and about 30 municipality areas in the country are considered to be the worst-hit.
Unveiling the phased reopening, which the Home Ministry termed as ‘Unlock-1’, the guidelines said activities at religious places, opening of hotels, restaurants and other hospitality services and shopping malls will start from June 8.
However, cinema halls, gymnasiums, swimming pools, entertainment parks, theatres, bars, auditoriums and similar places will continue to remain shut.
The Home Ministry asked the Union Health Ministry to issue standard operating protocols for the sectors which were allowed to open after consulting other ministries, departments and other stakeholders to ensure social distancing and to contain the spread of COVID-19.
Opening of educational institutions including schools and colleges will be undertaken in July in consultation with States and Union Territories, who in the meantime shall hold meetings at the institution-level with parents and other stakeholders.
“Based on the feedback, a decision on the re-opening of these institutions will be taken in the month of July, 2020,” the guidelines said and added that the Health Ministry will prepare SOPs for these institutions.
International air travel, metro rail, social, political, sports, entertainment, cultural and other large congregations including religious shall also remain suspended, the order said, adding that a decision on these would be taken after making an assessment of the situation.
The Home Ministry said within the Containment Zones, strict perimeter controls shall be maintained and only essential activities will be allowed.
The Ministry also reiterated that there shall be no restriction on inter-state and intra-state movement of persons and goods and no additional permission required for such travels.
“However, if a State or UT, based on reasons of public health and its assessment of the situation, proposes to regulate movement of persons, it will give wide publicity in advance regarding the restrictions to be placed on such movement, and the related procedures to be followed,” it said.
The Ministry also made it clear that movement of passenger trains and ‘Shramik specials’ meant to ferry migrant workers, domestic air travel and return of Indian nationals stranded outside the country will continue to be regulated as per the standard operating procedure.
The Government also eased night curfew which shall now remain in force from 9 pm to 5 am during which movement of individuals and all non-essential activities will not be allowed. Earlier, the timing was from 7 pm to 7 am.
The Ministry advised persons above 65 years of age, persons with co-morbidities, pregnant women, and children below the age of 10 years, to stay at home, except for meeting essential requirements and for health purposes.
Issuing additional directives, the fresh guidelines advocated ‘Work from Home’ (WfH) as far as possible besides staggering of work hours.
The guidelines said that for marriage-related gatherings, the number of guests should not to exceed 50 while for funerals or last rites-related gatherings, the number of persons should not to exceed 20.
It said the Aarogya Setu app enables early identification of potential risk of infection, and thus acts as a shield for individuals and the community.
With a view to ensuring safety in offices and work places, employers on best effort basis should ensure that the Aarogya Setu is installed by all employees having compatible mobile phones.
The nationwide curbs were first announced by Prime Minister Narendra Modi on March 24 for 21 days in a bid to contain the spread of the novel coronavirus.
The lockdown was first extended till May 3 and then again till May 17. It was further extended till May 31 and now has been extended in containment zones till June 30.
The Government from the beginning allowed opening of shops selling essential commodities and in phases allowed markets and shops of non-essential items to function in non-containment zones.
The Government has also allowed limited operations of train and domestic flights during the last fortnight. The Indian Railways is also running special trains since May 1 for transportation of migrant workers from different parts of the country to their native States.
The Government is also bringing back stranded Indians from abroad through air and sea under the Vande Bharat Mission. (PTI)

Guidelines
* Face covering: Wearing of face cover is compulsory in public places, in workplace and during transport.
* Social distancing: Individuals must maintain a minimum distance of 6 feet (do gaz ki doori) in public places. Shops will ensure physical distancing among customers and will not allow more than five people at one time.
* Gatherings: Large public gatherings or congregations continue to remain prohibited. Marriage related gatherings: Number of guests not to exceed 50. Funeral or last rites related gatherings: Number of persons not to exceed 20.
* Spitting in public places will be punishable with fine, as may be prescribed by the states or UT or local authority in accordance with its laws, rules or regulations.
* Consumption of liquor, paan, gutka, tobacco etc. in public places is prohibited.
Guidelines
Additional directives for work places:
* As far as possible the practice of Work from home (WfH) should be followed.
* Staggering of work or business hours will be followed in offices, work places, shops, markets and industrial and commercial establishments.
* Screening and hygiene: Provision for thermal scanning, hand wash and sanitizers will be made at all entry and exit points and common areas. Frequent sanitization of entire workplace, common facilities and all points which come into human contact like door handles will be ensured, including between shifts.
* Social distancing: All persons in charge of work places will ensure adequate distance between workers, adequate gaps between shifts, staggering the lunch breaks of staffers, etc. (PTI)