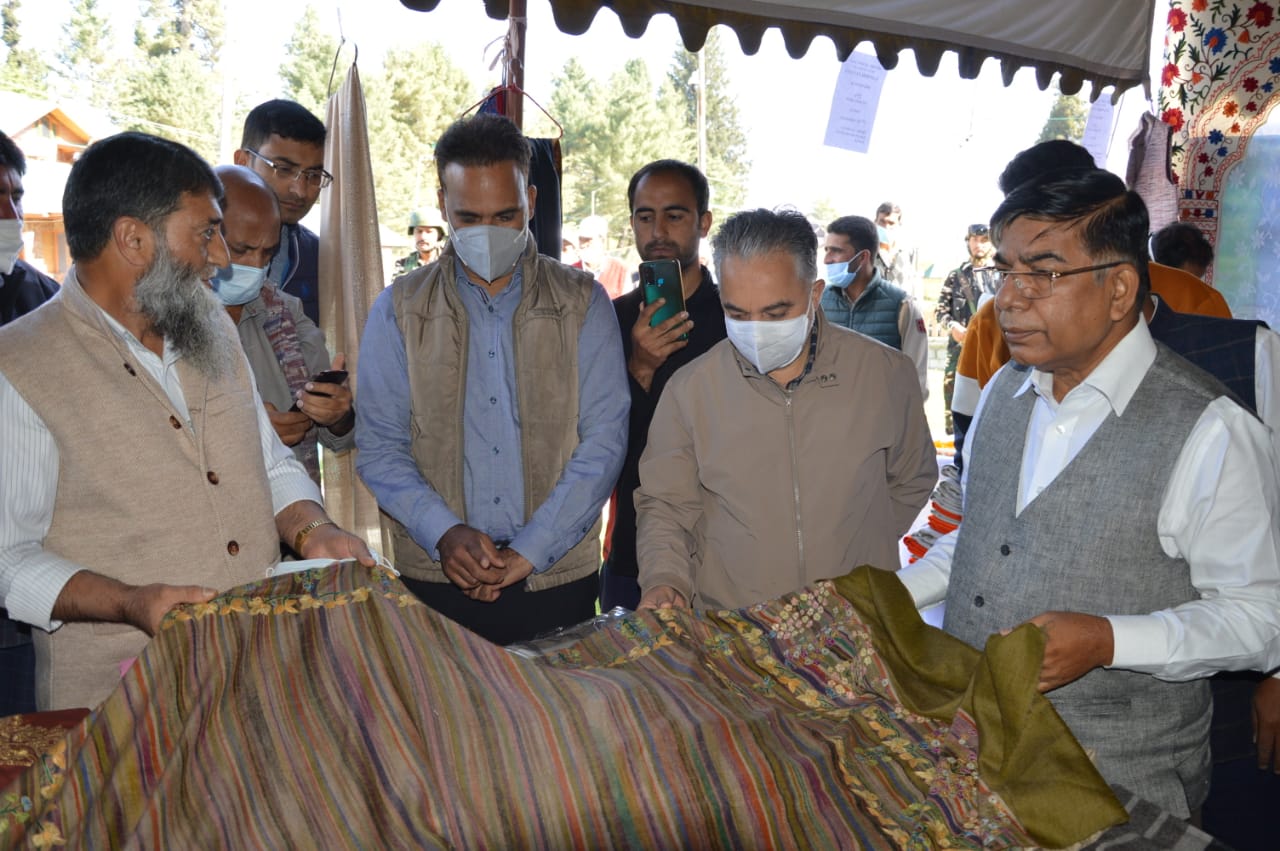 GULMARG, Oct 2: As part of Azadi Ka Amrut Mahotsav, Union Minister of State for Education, Dr. Subhas Sarkar today paid visit to Gulmarg where he led a cleanliness drive on the occasion of 152nd birth anniversary of Mahatma Gandhi. The Swachh Bharat Abhiyan was launched by the Directorate of School Education Kashmir.
Emphasizing on the virtues of cleanliness the Minister said that Gandhi always saw cleanliness as an integral part of developing a healthy and civilized society. He urged the parents and teachers to inculcate the habit of maintaining good hygiene among children at a young age.
Pointing to the need of effective methods for solid waste management he said that the Government is trying to figure out various scientific methods through which the problem could be tackled. The minister also directed concerned authorities to achieve the target of 100 percent plastic free Gulmarg till next Gandhi Jayanti in 2022.
Meanwhile, the Minister along with other dignitaries inspected various stalls installed by Khadi and Village Industries Board where he inspected embroidery shawls and other garments. On the occasion, he said that Centre Government is committed to give a boost and expand the Embroidery of Jammu and Kashmir across the globe and several initiatives in this regard are being taken.
Dr. Sarkar is on his visit to Baramulla as part of the Union Governments special outreach programme which aims to evoke public feedback from different sections of the society besides carrying out developmental activities in the region.
Director School Education Kashmir Tasaduaq Hussain, Additional Secretary School Education Naseer Ahmad Wani, Chief Executive Officer Gulmarg Development Authority, Zahoor Ahmad Raina and other officer of district administration were also present on the occasion.