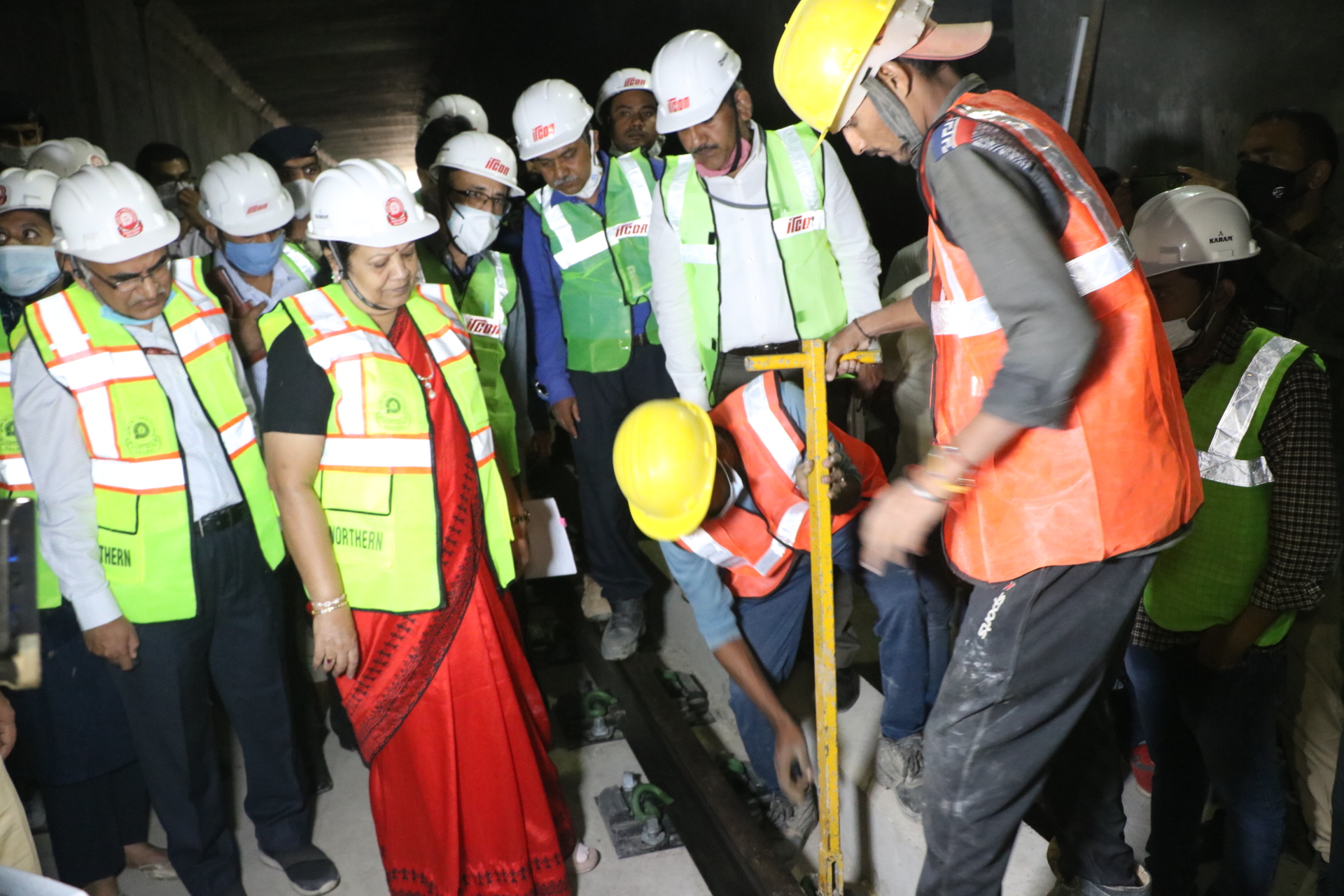 SRINAGAR, Oct 2: Union Minister of State for Railways and Textiles Darshana Jardosh has said that the railway network, once completed, will be a game changer for Kashmir. The Minister is on a visit to Kashmir as part of the Union Government’s Public Outreach Programme.
Addressing media persons at Srinagar Railway Station today, Smt Jardosh said that Udhampur-Srinagar-Baramulla rail link project is the most ambitious railway project in India post-Independence and the Railways is working at full capacity to meet all deadlines. She said Kashmir is a challenging terrain owing to its topography but the Railways is fully equipped to meet all challenges with the latest technology and dedicated workforce.
The Minister said that the Railways is committed to take development to every corner of the country and Kashmir ranks high on the agenda of the Central Government. She added that Railways has an important role to play when we talk of Atma Nirbhar Bharat.
Jardosh said that besides providing relief to the general population, the Railways network is also of strategic importance from the security point of view especially in a place like Kashmir. She added that engineers of the Railways are doing a commendable job in meeting up the expectations that the people in general and security forces in particular have from it.
Earlier in the day, the Minister visited Banihal Railway Station by rail and took stock of operations there. She inspected Tunnel T-80 Control Room and also Tunnel 144 during her visit.
Jardosh also had an inspection of Navyug Road Tunnel during her visit to Banihal and had a detailed interaction with officers of National Highways Authority of India.
On her return from Banihal, the Minister stopped at Qazigund Railway Station for a brief inspection.
The Minister also took part in a Swachchhta Awareness Programme at Srinagar Railway upon her return from the visit to Banihal and Qazigund.