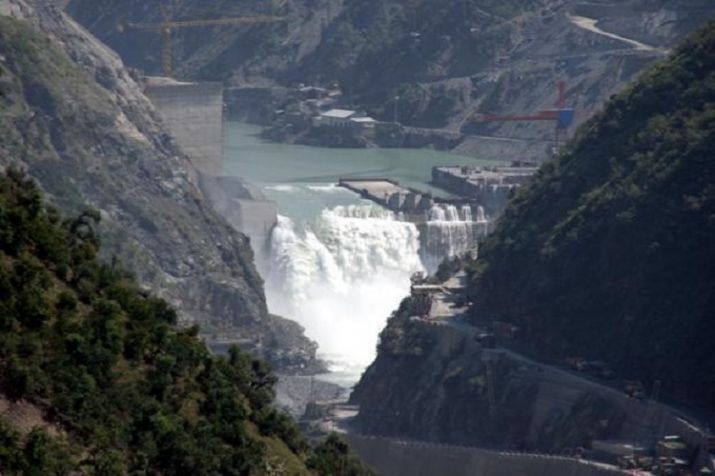 After over 17 yrs, all hurdles in execution of project finally over

Mohinder Verma
JAMMU, Jan 11: Union Cabinet approval to the Ujh Multipurpose Project in Kathua district is likely shortly as the Advisory Committee of the Ministry of Water Resources (MoWR) has finally cleared the revised Detailed Project Report (DPR) prepared by the Jammu and Kashmir Government. This is one of the series of the projects the foundation stone of which will be laid by the Prime Minister Narendra Modi during his forthcoming visit to the State.
Highly placed sources in the Union Ministry of Water Resources told EXCELSIOR that in its 139th meeting held on January 7, 2019, the Advisory Committee of the Ministry held detailed deliberations on the revised Detailed Project Report submitted by the State Government for accord of techno-economic clearance to the Ujh Multipurpose Project.
The meeting was chaired by the Secretary to Government of India, Ministry of Water Resources and attended by Chairman of Central Water Commission and Secretaries to the Government of India, Ministries of Finance, Power and Environment.
After minute examination of the revised DPR, the Advisory Committee cleared the project and now the file will be placed before the Union Cabinet for approval, which is expected shortly as the project of immense importance has already faced delay of over 17 years because of non-serious approach of the successive Governments in Jammu and Kashmir, sources said.
It is reliably learnt that Prime Minister will also lay foundation stone of this project during his forthcoming visit to the Jammu and Kashmir. “Since Ujh is the National Project the Government of India will ensure that work on it commences as early as possible”, sources informed.
It is pertinent to mention here that State Administrative Council headed by Governor had approved the revised Detailed Project Report (DPR) of the Ujh Multipurpose Project on July 17, 2018 and after incorporation of provisions of Relief and Rehabilitation Plan for the project affected families on the pattern of one implemented in respect of Kishenganga Hydroelectric Project in the revised DPR the Union Ministry of Water Resources was approached for approval in the month of September 2018.
Last month, Chief Secretary B V R Subrahmanyam, who has taken personal interest in the project, wrote a letter to the Secretary, Ministry of Water Resources and River Development with the request to accord Techno-Economic Clearance to the project, which was mooted way back in 2001.
The estimated cost of the project has been worked out at Rs 5850 crore at price level of July 2017 and it has been bifurcated between water component (irrigation and drinking water) and power component on Rs 4919.94 crore and Rs 930.06 crore respectively.
The project will give big boost to the socio-economic development of the region as it will generate 186 Mega Watts of electricity and irrigate around 31,380 hectares of land in Kathua and Samba districts. The proposed dam site is in the village Barbari about 1.6 kilometres down-stream of Panchitirthi and power house site is approximately 9.5 kilometres downstream of dam site near Deoli village.
Two canals will be emanating from barrage along both the banks of river and from each canal 10 cusec water will be earmarked for drinking water for district Kathua. While right main canal will provide irrigation facilities in tehsil Kathua, Hiranagar and Samba district, the left main canal will provide irrigation in Kathua district only.
Moreover, the right main canal will irrigate an additional area in Kharif and Rabi seasons from Samba to Vijaypur in the command area of existing Ravi and Tawi canals.
Besides 186 MW main power house of the project, a dam toe power house comprising four units of 2.5 Mega Watt each has been proposed to harness the hydro-electric potential of the water meant for mandatory environmental releases.
In the revised DPR, the height of the reservoir has been reduced as a result of which the area under submergence will get reduced from 41 sq km to 34.5 sq km with the likely population to be affected by submergence coming down by about 3000 people—from 11498 to 8684 souls.