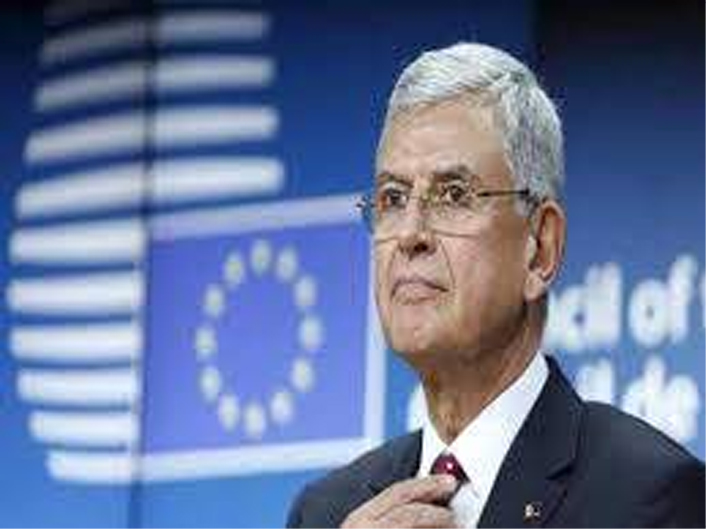 United Nations, Sep 16:The new president of the UN General Assembly warned Tuesday that unilateralism will only strengthen the COVID-19 pandemic and called for a new commitment to global cooperation, including on the fair and equitable distribution of vaccines.
Turkish diplomat and politician Volkan Bozkir announced that the General Assembly will hold a high-level special session on the COVID-19 pandemic in early November, though diplomats said the date may slip.
He told a press conference later it would have been better to hold the meeting at an earlier time in the pandemic, suggesting June.
Bozkir took over the reins of the 193-member world body after taking the oath of office and being handed the large gavel signifying the office from outgoing General Assembly President Tijjani Muhammad-Bande, who presided over a unique year-old session that he said was “defined by a pandemic.”
It included virtual meetings and new voting procedures.
Bozkir told diplomats from UN member nations, seated at socially distanced spaces in the assembly chamber, that “confronting the effects of the coronavirus in all their dimensions will be an overarching priority for my presidency.”
He said “no state can combat this pandemic alone” and it is the members’ responsibility “to strengthen people’s faith in multilateral cooperation and international institutions, with the UN at their center.”
“Since the start of the crisis, the critics of multilateralism have been more vocal,” Bozkir said.
“The pandemic has been used to justify unilateral steps and weaken the rules-based international system. International organisations have been reproached and the need for international cooperation has been questioned.” The assembly president said the criticisms aren’t baseless, “but their conclusions are misguided,” again warning against unilateralism.
Bozkir said “a frank, transparent and results-oriented dialogue” needs to continue about what went wrong in efforts to contain the virus, what must be done to avoid a similar situation in the future, and on the fair distribution of vaccines which he said “is not just a question of health and economics, but of ethics in the most profound way.”
UN Secretary-General Antonio Guterres called the year ahead “a critical one” for the United Nations, saying: “We must continue to respond to the immediate impact of the COVID-19 pandemic by strengthening health systems and supporting the development and equitable distribution of treatments and vaccines.”
In a farewell speech, Muhammad-Bande, said the emergence of the novel coronavirus showed the need to deepen multilateral cooperation in the health sector as well as other areas and to implement the commitment of world leaders “to scaling up national and global efforts to build a healthier world for all.”
Next week Bozkir will preside at the annual gathering of world leaders at the General Assembly which will be mainly virtual, with leaders delivering prerecorded speeches to a virtual audience and one diplomat from each member state in the assembly chamber. (AGENCIES)