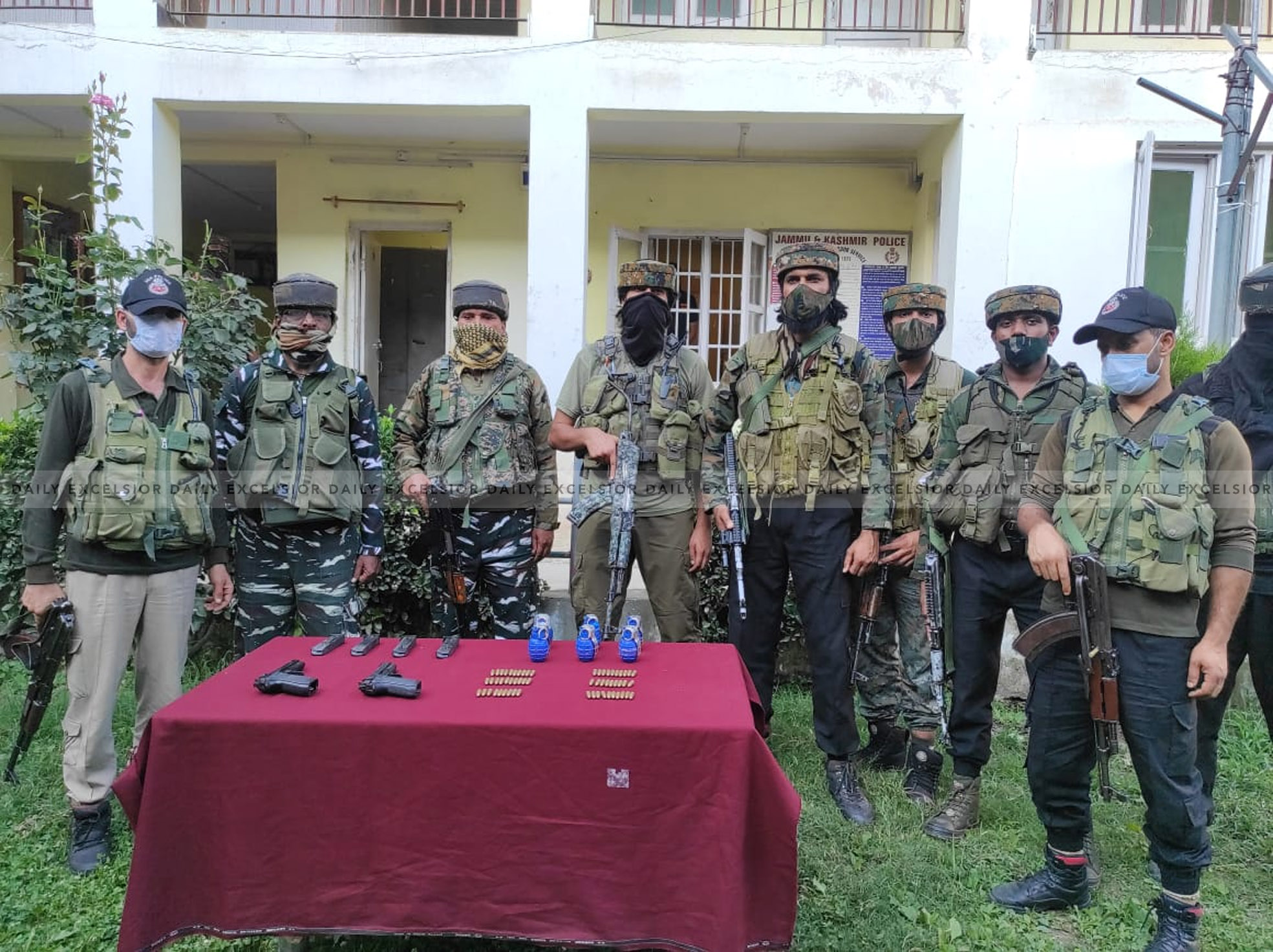 SRINAGAR, August 19: Police on Friday claimed to have arrested two Hybrid terrorists in Handwara area of north Kashmir’s Kupwara district.
A police spokesman said the accused Aijaz Ahmad Bhat alias Hilal, S/o Khazir Mohd Bhat, R/o Humpora and Naseer Ahmad Mir, S/o Mohd Ramzan Mir, R/o Sagipora were arrested following the arrest of three hybrid terrorists on Aug 4.
That trio was arrested by joint parties of Police, Army 21 RR and 92 Bn CRPF in Handwara and arms and ammunition from them had been recovered even as FIR No. 213/2022 u/s 13 UAPA and 7/25 Arms Act had been registered at Police Station Handwara and investigation was initiated.
The police spokesman further stated that based on leads developed during investigation, the role of two accused arrested today emerged in the conspiracy to carry out terrorist acts.
They have been arrested and based on their disclosure, a cache of arms and ammunition has been recovered by a joint team of Jammu and Kashmir Police, Army 21RR and 92 Bn CRPF, police said.
The recovery includes 02 Pistols, 04 pistol magazines and 58 pistol rounds, and 06 grenades. Further investigation in the matter is underway, it added. (Agencies)