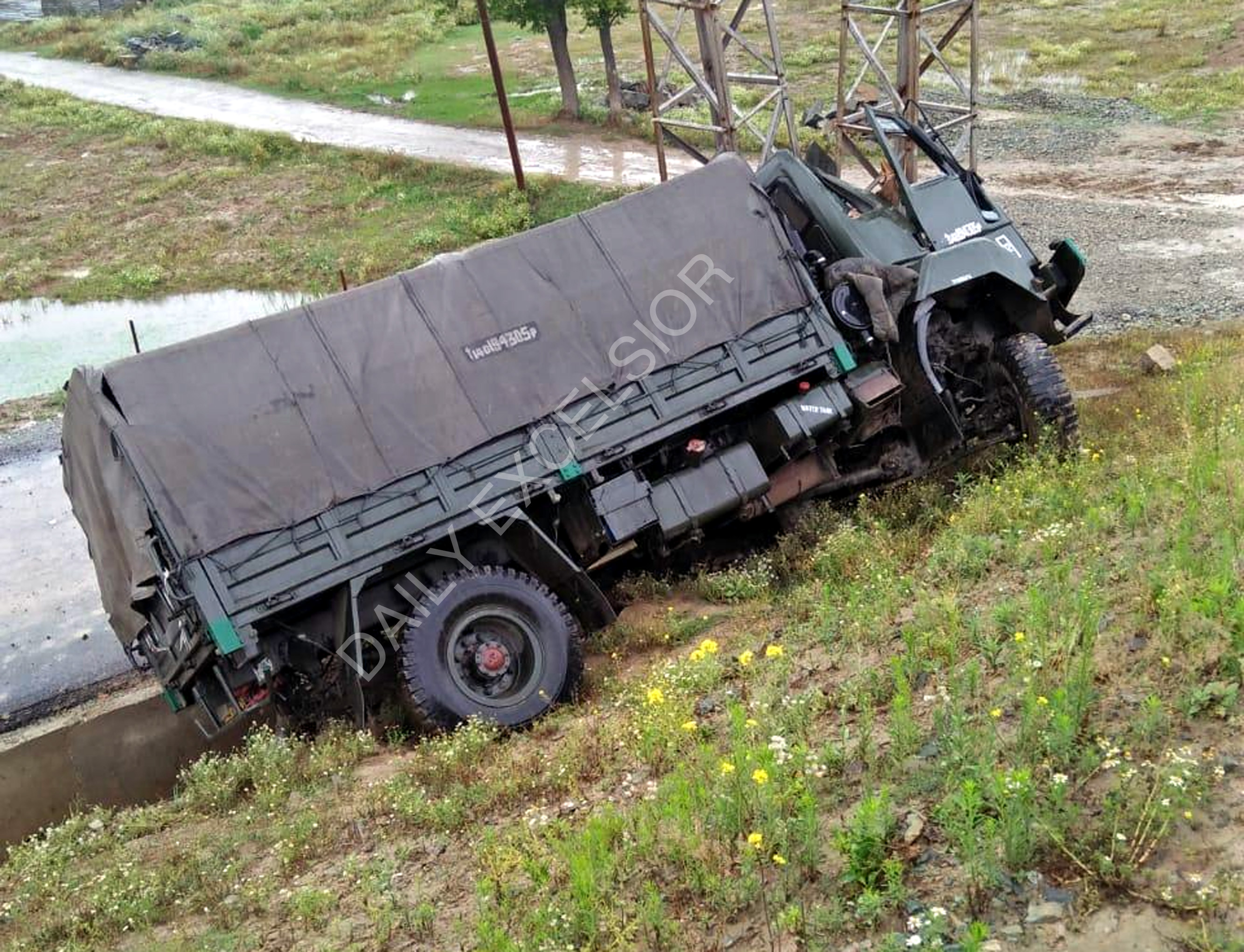 SRINAGAR: Two Army jawans were injured in a road accident in the outskirts of the summer capital, on Sunday.
Official sources said that an Army vehicle, which was part of a convoy, skidded off the road and turned turtle near Nowgam in the city outskirts. “Two jawans were injured in the accident,” they said.
They said both the injured were rushed to Army’s 92 Base Hospital in Badamibagh.
(AGENCIES)