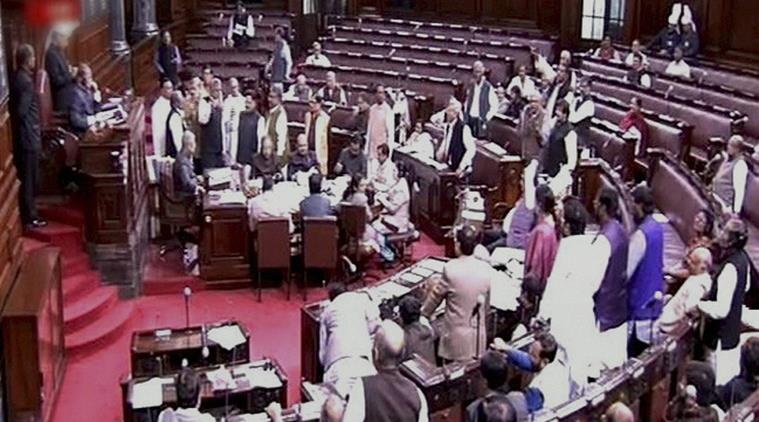 NEW DELHI: The BJP on Sunday refuted the Opposition’s claim that the Narendra Modi Government has been passing bills without scrutiny by parliamentary committees, saying it sent 17 draft legislations to these panels in Rajya Sabha between 2014-19 while the preceding UPA dispensation sent only five during 2009-14.

Taking a dig at opposition leaders, BJP general secretary Bhupender Yadav, a key party face in the Upper House, said it is surprising that they are objecting to Parliament utilising more of its time to enact laws.

They have problem with the fact that Parliament has enhanced its productive hours and performing better than ever, he said in a statement, adding that it is difficult to understand their objection if the House has performed better, brought more laws and made more required changes, which is its primary function.

As many as 17 opposition parties recently wrote to Rajya Sabha Chairman M Venkaiah Naidu, accusing the government of “hurriedly passing” legislations without any parliamentary scrutiny.

The issue flared up after the treasury benches managed support of several regional parties to pass the RTI bill in Rajya Sabha despite stiff opposition from the Congress, TMC and the Left among others.

The Opposition had in the past often managed to have its way in this House due to its superior numbers after the government easily managed to get Lok Sabha’s nod to its bills thanks to the big majority the BJP-led NDA has in the Lower House.

The allegation that in the Rajya Sabha Bills are not properly scrutinised by the Parliamentary Committees is absolutely wrong, Yadav said.

Attacking the Opposition for stalling Rajya Sabha proceedings often, he said those disrupting short discussions and calling attention sessions after sessions in Rajya Sabha are the ones who are raising question on the functioning of the House.

“Members who are talking about work of Parliament must collectively introspect that why Monsoon Session 2015, Budget Session 2018, Winter Session 2018 and interim Budget Session 2019 were washed out (in Rajya Sabha). It is also surprising to see that instead of participating in the discussion in the House, they have been busy creating obstacles and are now raising issues with it performance,” the BJP leader said.

He highlighted that while four sessions were washed out, the total number of short duration discussions were 29 against 27 during the UPA rule of 2009-14.

Yadav said many bills awaiting the Rajya Sabha’s nod are the ones which have been scrutinised and approved by parliamentary panels like select committee or standing committee. Most of them have been passed by Lok Sabha.

After a long time, the Rajya Sabha has witnessed productive long hours.

“Parliament sessions have been irregular due to interruptions and unnecessary interventions. We should not forget that law making is Parliament’s primary function. The constructive feedback and intervention of the opposition plays an important role but opposition for the sake of opposition, should not be encouraged,” Yadav said. (AGENCIES)