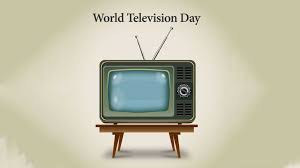 The present is an ‘information explosion’ era. We get information from numerous sources. Among the various sources, Television is one of the greatest inventions of science which revolutionized information and communication among all sectors of human lives including agriculture. The instrument was invented by John L Baird in 1925. This invention has helped the human societies around the world in news broadcast, entertainment, communication, development, disaster management, technology dissemination and various areas from the very beginning of the invention.