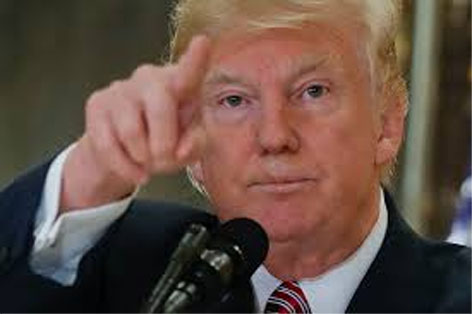 On Friday, a federal appeals court in Boston ordered that three of Tsarnaev’s convictions have been reversed, his death penalty scrapped and a new penalty trial ordered.

“It’s ridiculous. Think of that. It’s ridiculous,” Trump said in Florida, calling Tsarnaev an “animal that killed so many people.”

The Boston Marathon bombing on April 15, 2013, killed three people and injured more than 260 of others. Dzhokhar and his older brother Tamerlan were found guilty of the attack. Tamerlan was killed by police while on the run on April 19 of the same year, while Dzhokhar was arrested the following day and sentenced to death by lethal injection in May 2015.