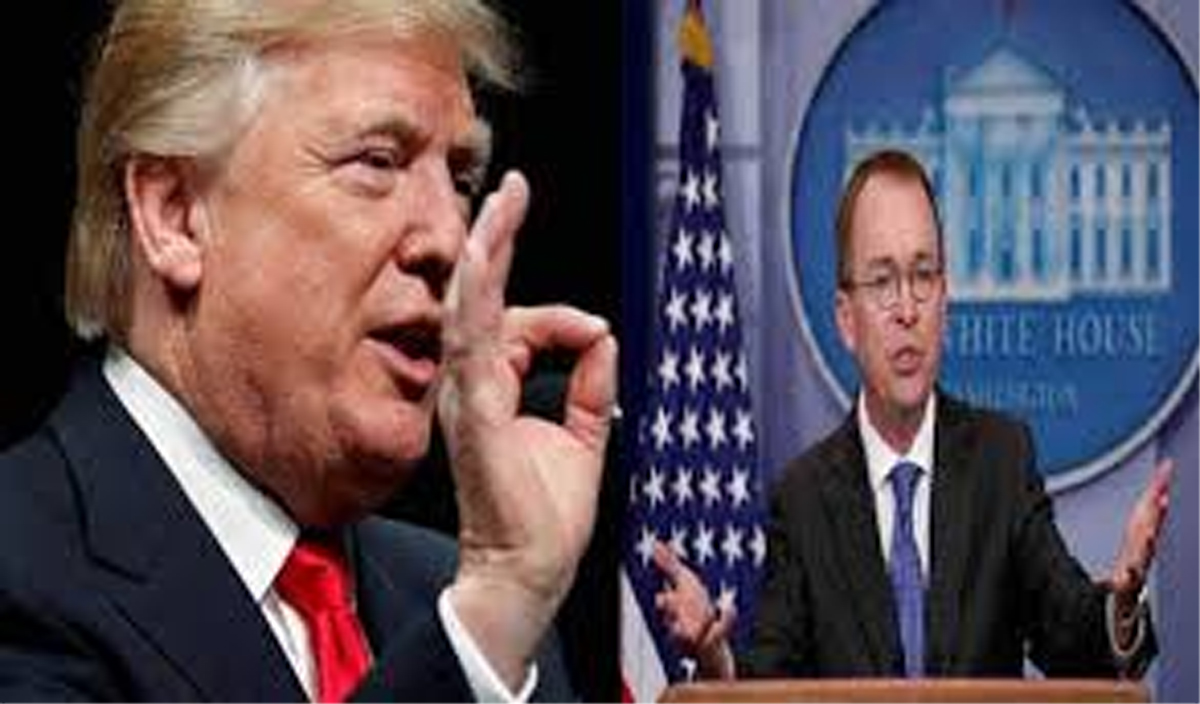 WASHINGTON, Dec 15: US President Donald Trump said in a statement that he has selected Director of the Office of Management and Budget (OMB) Mick Mulvaney to be acting White House chief of staff after John Kelly leaves at the end of the year.

”I am pleased to announce that Mick Mulvaney, Director of the Office of Management & Budget, will be named Acting White House Chief of Staff, replacing General John Kelly,Mick has done an outstanding job while in the Administration.”Trump tweeted on Friday.

A senior administration official told mediapersons that there is no time limit to Mulvaney’s role as acting chief of staff,reports CNBC.

Mulvaney was at the White House earlier on Friday to meet with Trump, the official said. The official cited Mulvaney’s experience as a former member of Congress and fiscal responsibility as key attributes for his new role.

Outgoing White House Chief of Staff John Kelly is pleased with his replacement, the official said. Mulvaney will be replaced by OMB Deputy Director Russell Vought, the official added.

Last Saturday, Trump announced that Kelly would be leaving the White House at the end of 2018. He did not offer a clear reason for the departure.