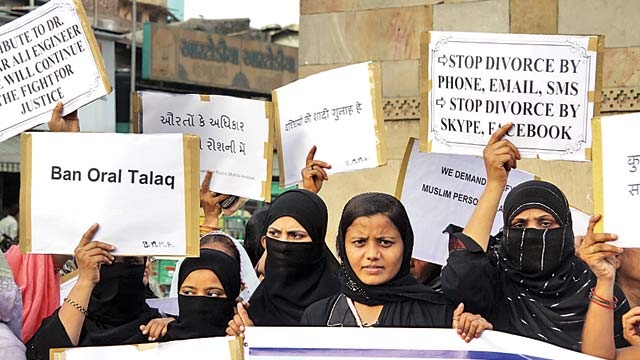 HYDERABAD: Union Minister Ravi Shankar Prasad today said despite Supreme Court’s ruling and Lok Sabha passing the Triple Talaq Bill, the custom is still going in states such as Telangana and UP.

Terming the scandals, including the latest one involving Air Asia as “the legacy” of the previous Government, he also said the NDA Government is cleaning the “dirt” left by the previous UPA Government.

“Triple talaq is not an issue of religion or faith. It is an only issue of gender justice, gender dignity and gender equality… 22 Islamic countries including Pakistan, Bangladesh and Afghanistan have regulated triple talaq.

But in India people are raising the issue of secularism and communalism. Supreme Court has set it aside. Lok Sabha has passed it.

Yet triple talaq is going on (in states) including in Telangana and UP. About hundreds and hundreds are going on.. This is not fair, we fully stand committed there (to implement the law),” the Law Minister told reporters. (AGENCIES)