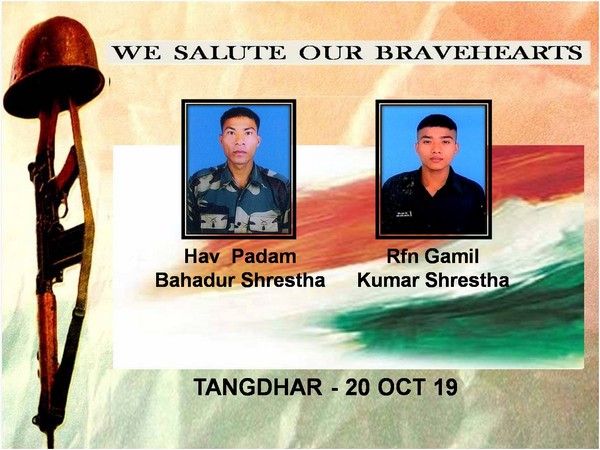 NEW DELHI: Tributes were paid to the Army soldiers who were killed in Tangadhar sector of Jammu and Kashmir along the Line of Control during a ceasefire violation by Pakistan, officials said on Monday.

The Pakistan military had resorted to firing in Tangadhar sector on October 19 to assist infiltration by terrorists, killing two Indian Army personnel and a civilian. Three others were also injured in the attack.