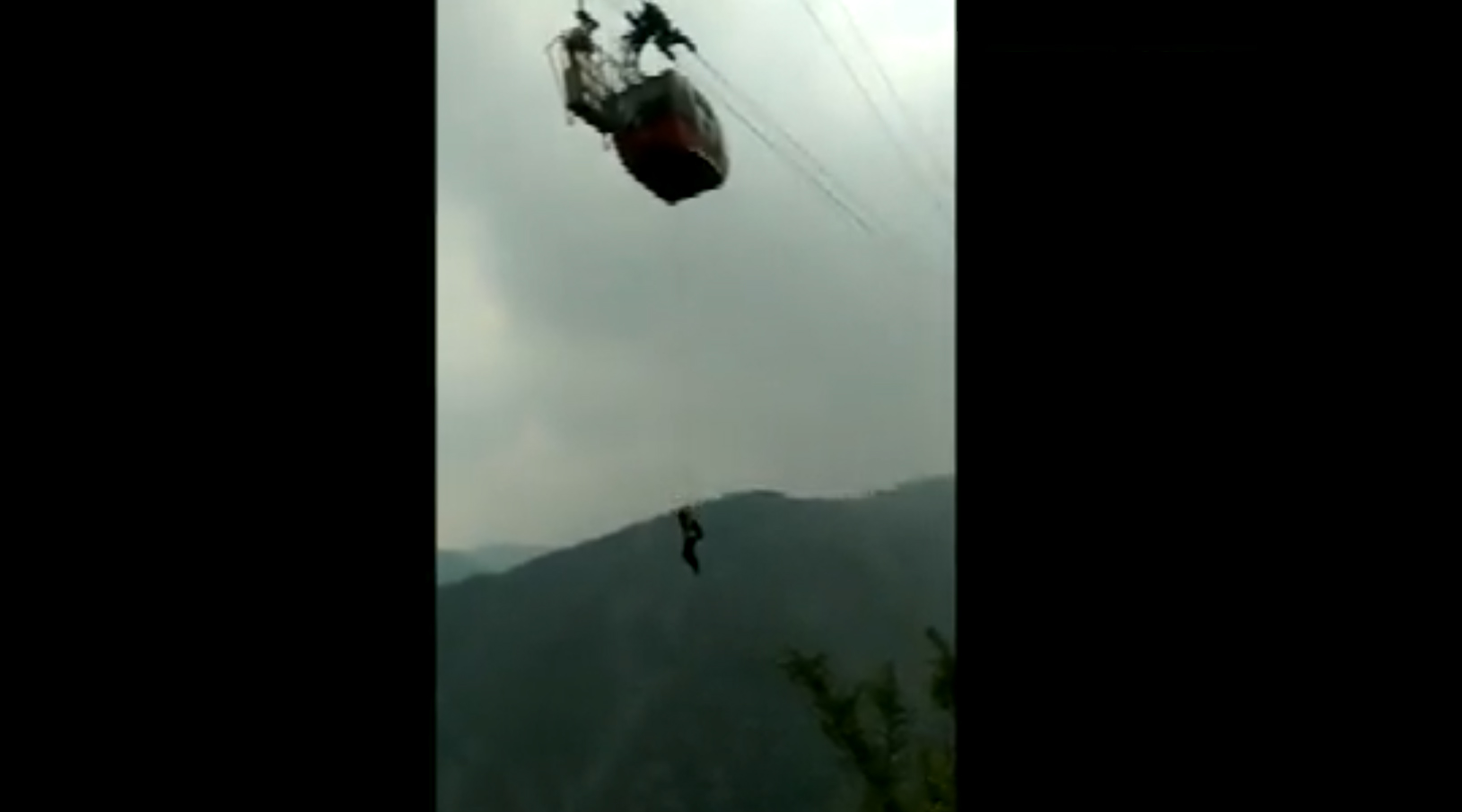 Himachal Pradesh, June 20: All tourists who were stuck mid-air in a cable car in Himachal Pradesh’s Solan district for over three hours have been rescued, according to the district magistrate.
A total of 15 tourists in a cable car got stuck at the Timber Trail situated in Parwanoo area due to a technical glitch in the cable car. A trolley was deployed to rescue the stranded tourists and all people have been rescued.
“All 11 stranded people have been rescued,” said Onkar Chand Sharma, Principal Secretary, Disaster Management Himachal Pradesh.
Visuals from the spot showed dramatic shots of the tourists being rescued with the help of a trolley that was deployed.
Earlier today, the Indian Air Force was put on alert for the rescue operation.
Chief Minister Jairam Thakur tweeted that is on the way to the spot of the incident.
Earlier today, Pranav Chauhan, DSP, Parwanoo, said that two senior citizens and four women were stranded in the cable car. However, the tourists claimed that they were given the only option to be rescued using ropes. The tourists demanded other alternatives for the rescue operation to be continued.
Earlier, the tourists claimed “lack of arrangements” and feared being rescued using ropes.
Earlier today, Virender Sharma, Superintendent of Police said, “Six- seven tourists stranded in Parwanoo Timber Trail (cable-car) due to some technical problem. Another cable car trolly deployed to rescue them. The technical team of the Timber Trail operator deployed and the police team are monitoring the situation. (Agencies)