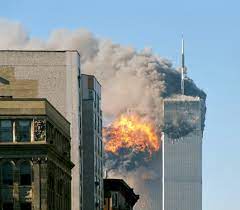 After all, Pakistan army accepted and owned the body of its trained agent and guide of a notorious terror outfit Lashkar-e-Toiba who was sent for subversive activities like attacking army camps etc in Jammu and Kashmir but died of a cardiac arrest at a Military Hospital in Rajouri, Jammu. Here, it is pertinent to note that in the highest traditions of keeping human values over and above anything, Indian Army had admitted the young Pakistani terrorist in a Military Hospital to receive the best possible medical treatment instead of what he out rightly had otherwise deserved.
On the other hand, our valiant but highly kind hearted Army jawans donated their blood to the injured terrorist in the Army Hospital where he was operated upon to keep him alive. We proudly salute such a spirit of our Army soldiers. This must open myopic eyes of Pakistan where human rights violations of its own citizens is the way and the conduct of its state policy.
Accepting and thus “owning” the saboteur sent by it, Pakistan even under compulsions did it probably also to keep up the ”morale” and confidence in other similar type of infiltrators attempted to be pumped into our territories in the near future to pursue its avowed policy of promoting hostilities, hate and violent activities against India and disturbing peace and tranquillity in Jammu and Kashmir which debased policy it cannot change. Chakan-Da -Bagh crossing point on the LoC in Poonch sector thus became “witness” to such handing over and taking over of the dead Pakistani agent who had infiltrated into this side. Can Pakistan learn to live in peace and let its “neighbour” of which it was a part, live in peace free of the terror exported by it for the last four decades?