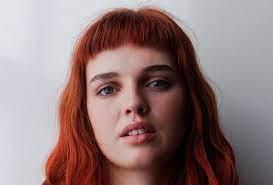 Los Angeles, Jun 9: “The Stand” actor Odessa Young is the latest addition to the ensemble cast of “The Staircase”, a limited true crime series from the streaming service HBO Max.
The show revolves around crime novelist Michael Peterson (Colin Firth), his sprawling North Carolina family and the suspicious death of his wife, Kathleen (Toni Collette).
The eight-part drama comes from “The Devil All the Time” director Antonio Campos and “American Crime Story” scribe Maggie Cohn.
According to Deadline, Young will play Martha Ratliff, one of Peterson’s adopted daughters.
Marth and her Margaret (Sophie Turner) were adopted by Peterson after their mother Elizabeth, a friend of the family, died in Germany, after also being found at the bottom of a staircase.
Previously announced cast members also include Juliette Binoche, Rosemarie DeWitt, and Parker Posey.
“The Staircase” is written and executive produced by Campos and Cohn, who also serve as showrunners. It is a co-production between HBO Max and Annapurna TV. (PTI)