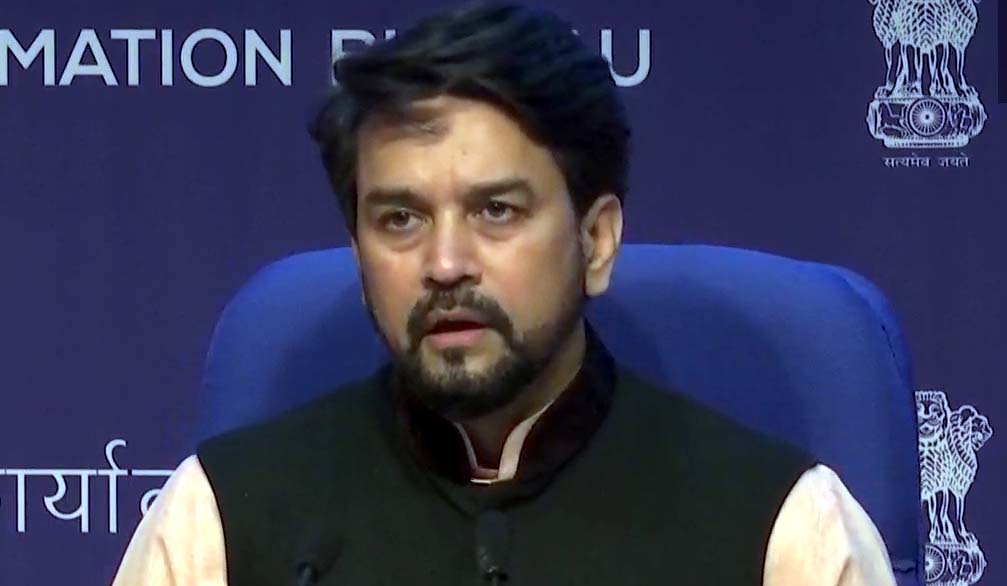 BALLIA (UP), Dec 29: Taking a swipe at Akhilesh Yadav, Union Minister Anurag Thakur said the Samajwadi Party (SP) chief was “troubled” over raids at a perfume trader’s properties but did not feel for the poor.
He also sought to know whether Congress president Sonia Gandhi, senior leaders Rahul Gandhi and Priyanka Gandhi Vadra, and Yadav had taken the “BJP vaccine” for COVID-19.
Yadav and some other leaders from rival parties had allegedly called India’s two vaccines- Covishied and Covaxin- as “BJP vaccines”.
The Minister for Information and Broadcasting, and Youth Affairs and Sports was in the district for the closing ceremony of All India Invitational Prize Money Football Competition at Narhi.
“If the SP has no ties with the perfume trader, why is it troubled? Why is Akhilesh Yadav saying that the Income Tax department raids will be followed by raids by the Enforcement Directorate and other departments?” Thakur told the media on Tuesday.
“Yadav is feeling for the perfume trader but he doesn’t realise the pain of the poor. The illegal money (recovered from the trader) is meant for their development,” Thakur said.
The minister said the “fragrance” of Yadav’s association with the perfume trader has spread so much that the SP chief is unable to hide it.
Around Rs 177 crore cash and huge quantity of jewellery were seized in multiple raids at perfume manufacturer Piyush Jain’s residence in Kanpur as well as his house and factory in Kannauj.
With months to go for the 2022 Uttar Pradesh Assembly polls, BJP leaders have been attacking the SP over Jain’s arrest, claiming that the perfume trader had links with Yadav’s party.Yadav, for his part, has categorically denied any link with the trader. (PTI)
Thakur clarified that the raids had nothing to do with the upcoming Assembly elections in the state and that the department took the action independently and only after having sufficient information.
When asked about BJP MP Varun Gandhi raising questions over the imposition of night curfew in the state while allowing election rallies during the day, Thakur said, “This is democracy.”
“States have the right to impose curfew under the protocol.” he said.
The Uttar Pradesh government has imposed night curfew since Saturday in view of resurgence in COVID-19 cases.
Taking a dig at Yadav and Congress leaders over vaccination, he asked whether they were vaccinated or not.
“The country wants to know whether the Congress and SP have faith in the country’s scientists and vaccines”, he said.
Earlier, addressing the closing ceremony of the tournament, Thakur said, “The people of Uttar Pradesh want a strong government instead of a government of riots. People do not want the era of hooliganism to return. The Yogi Adityanath government has bulldozed the criminals,” he said.
The minister said the country’s largest sports university will be built in Uttar Pradesh. (PTI)