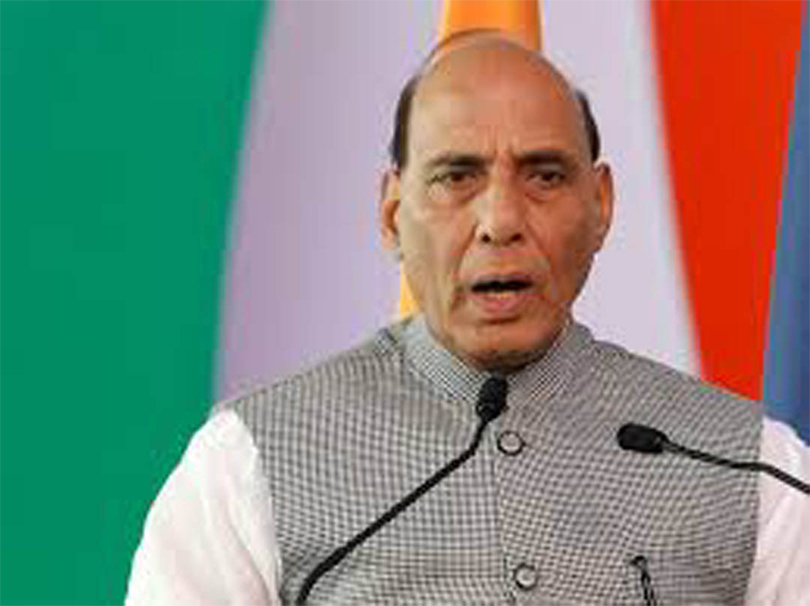 NEW DELHI, May 30:
As Indian and Chinese troops remain engaged in a tense border standoff, Defence Minister Rajnath Singh today asserted that the Government will not allow India’s pride to be hurt under any circumstances even as he said bilateral talks were on at military and diplomatic levels to resolve the row.
Singh also said that he conveyed to US Defence Secretary Mark T Esper during a telephonic conversation yesterday that India and China have an existing mechanisms to resolve “problems” through talks at diplomatic and military levels.
In the midst of the flare-ups between Indian and Chinese armies, US President Donald Trump on Wednesday had said he was “ready, willing and able to mediate” between the two countries. He had reiterated the offer on Thursday as well.
The Ministry of External Affairs indirectly rejected the offer two days ago, but Singh became the first Central Minister to speak on India’s position on the issue with clarity.
“I spoke to the US Defence Secretary yesterday. I told him that we have developed a mechanism already under which any problem between India and China are resolved through military and diplomatic dialogue,” Singh told Aaj Tak news channel.
He was replying to a question on whether India ruled out any third-party mediation in resolving the border row with China.
The Defence Minister said efforts are on to resolve the border row in eastern Ladakh.
“I want to assure the country that we will not allow India’s pride to be hurt under any circumstances. India has been following a clear policy of maintaining good relationship with neighbouring countries and it is not a new approach; We have been following it for long. At times, situation arises with China. It has happened before,” he said.
Singh noted that China has also said that it wants to resolve the border issue through diplomatic dialogue.
“It has been India’s efforts to ensure that the tension does not escalate. It should be resolved through talks at military and diplomatic levels. Negotiations are ongoing between the two countries at the military and diplomatic levels,” he said.
Troops of India and China were engaged in the standoff for over three weeks in Pangong Tso, Galwan Valley, Demchok and Daulat Beg Oldie in eastern Ladakh.
The trigger for the face-off was China’s stiff opposition to India laying a key road in the Finger area around the Pangong Tso Lake besides construction of another road connecting the Darbuk-Shayok-Daulat Beg Oldie road in Galwan Valley.
Military sources said China was also laying a road in the Finger area which is not acceptable to India.
The sources said military reinforcements including troops, vehicles and artillery guns were sent to eastern Ladakh by the Indian Army to shore up its presence in the areas where Chinese soldiers were resorting to aggressive posturing.
The situation in eastern Ladakh deteriorated after around 250 Chinese and Indian soldiers were engaged in a violent face-off on the evening of May 5 which spilled over to the next day before the two sides agreed to “disengage”.
However, the standoff continued.
The incident in Pangong Tso was followed by a similar incident in north Sikkim on May 9.
The troops of India and China were engaged in a 73-day stand-off in Doklam tri-junction in 2017 which even triggered fears of a war between the two nuclear-armed neighbours.
The India-China border dispute covers the 3,488-km-long LAC. China claims Arunachal Pradesh as part of southern Tibet while India contests it.
Both sides have been asserting that pending the final resolution of the boundary issue, it is necessary to maintain peace and tranquillity in the border areas. (PTI)