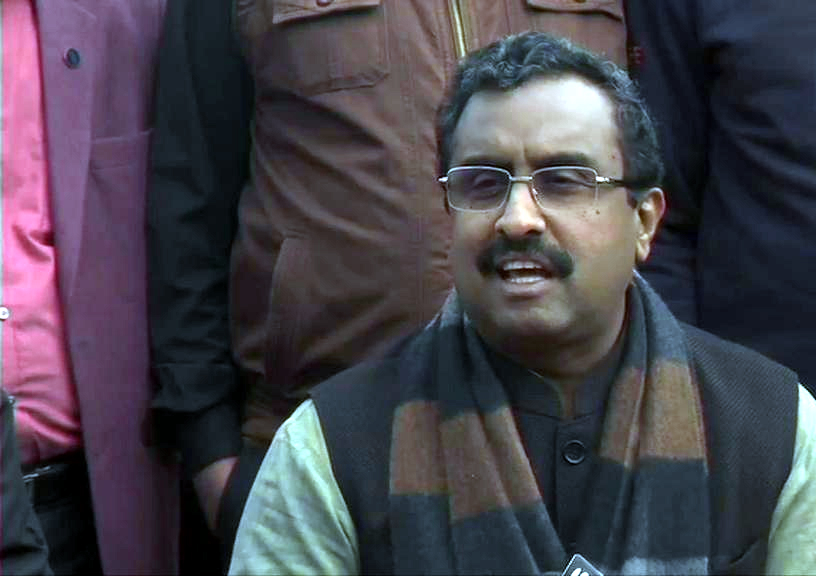 NEW DELHI, Feb 22:  The abrogation of Article 370 of the Constitution was the first step towards fulfilling the objective of “Akhand Bharat” and its next step would be to take back the Pakistan-Occupied Kashmir, BJP national general secretary Ram Madhav said today.
The abrogation of Article 370 was a step towards the goal of “Akhand Bharat” (integral India), said Madhav, while addressing the participants of “Chhatra Sansad” in Vigyan Bhawan here.
Asked by a participant when will the dream of Akhand Bharat be realised, he said, “It will happen in phases. The first thing is that Jammu and Kashmir which was somewhat not in the mainstream, has been holistically connected to India.”
“Our next objective is to take back the Indian land which is under illegal occupation of Pakistan,” said the senior BJP leader, pointing out that a resolution to take back PoK had been passed by the Parliament in 1994.
The senior BJP leader said the 20th century India was a “romantic and reticent” nation, carrying the dreams of a newly Independent people, but the current generation is pragmatic and ambitious.
“The 21st century Bharat is different from the 20th century Bharat that was romantic and reticent as it had dreams of newly independent people and was ruled by freedom fighters. But the 21st century Bharat is pragmatic, pro-active and ambitious as it belongs to the youth.”
Madhav said it is the destiny of India to emerge as a global leader on the basis of its large population of youth and economic might. (PTI)