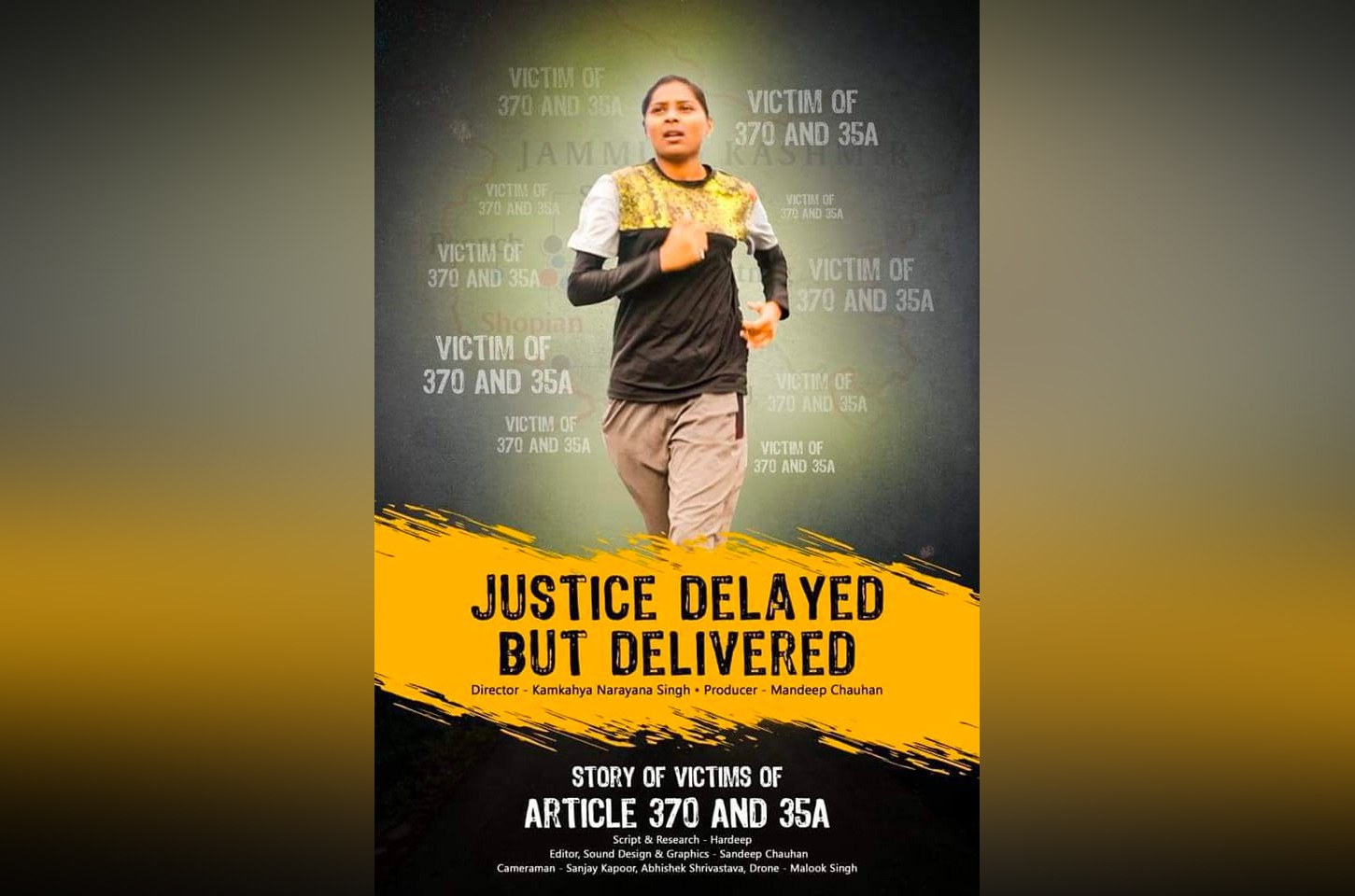 Ronik Sharma
The National Film Award recipients are announced annually as is customary. A short film addressing social issues, however, proved to be a great fascination for everyone at the 68th National Awards this year. The winners were made public at a press conference held in New Delhi. In this regard, a number of triumphs have been made public, including the national Best Actor, Best Film, and Best Actress winners. The National Award winners for a variety of movies and performers have been announced, but this time, a 15-minute Hindi documentary is the focus of the news.The Jammu Kashmir Now portal also aired the movie.This year’s National Awards were given out, and while several films and actors were honoured, the socially concerned picture Justice Delayed But Delivered attracted the most attention. It was acknowledged as the best social issue film. The film’s premise is incredibly original. The movie is based on a highly unique subject. Article 370 and 35A serve as the basis for the movie. Before August 5, 2019, the film portrayed the suffering of Dalits in Jammu and Kashmir as well as other true accounts of those who had fallen victim to article 370 and 35A.The daughter of a sanitation worker, the Dalit girl in the movie tells her story. She was informed that the sweeper’s child would only be in charge of cleaning, but the girl opted to go to school and participate in extracurricular activities. The young woman in question is an accomplished athlete from the Dalit community. Radhika Gill, a state-level athlete, is the subject of a documentary movie. The Dalit Hindu community of Valmikis was brought from Punjab to the former state of Jammu and Kashmir by the then administration in order to help with approximately 300 families’ sanitation needs. However, later on, they were denied their basic rights and were purposefully ignored. They were refused ownership and employment and did not receive PRCs (Permanent Resident Certificates). They had to perform sanitation work because they were required to, and they could only apply for the position of a sweeper (a sanitation worker). Because of the discriminatory Article 370 and 35 A, qualified youth could not become doctors, engineers, teachers, and so on.The narrative of these victims, who were forced to live as non state-subjects and unacknowledged families in their own country while being denied rights and other advantages, is summarised in the short film “Justice Delayed but Delivered,” directed by Kamakhya Narayan Singh and produced by Mandeep Chauhan. On August 5, 2019, Article 370 of the Indian Constitution amended, and Article 35A were repealed, ending the plight of the dalit community (Valmikis) after seven decades. When all of the victims receive their domicile certificates, which give them all of the rights they have earned since birth, the journey comes to a happy finish. “Justice delayed but delivered” is the story of Radhika Gill and of other victims of Article 35A in the erstwhile state of Jammu and Kashmir. Who is Radhika Gill? Radhika is a Vamiki girl, belonging to the Scheduled Caste (Dalit). Her family, along with hundreds of others, were brought from Punjab to Jammu, Kashmir to work as sanitation workers in Jammu city. Radhika is the fourth generation in Jammu, and her father has worked hard to educate Radhika so that she has better options in life than becoming a sanitation worker. Radhika Gill, a resident of Jammu, competes in state-level sports. Radhika’s father, Charan Singh, is employed by the sanitation department in Jammu. Radhika had the credentials due to her scholastic success and athletic accomplishments, but because of non State Subject and due to discriminatory Article 35 A, she was unable to work for the government in Jammu and Kashmir. With dreams of making it big, Radhika works hard and clears the entrance test to join the Border Security Force. However, throughout this procedure, she is informed that because she lacks the J&K Permanent Resident Certificate, she is unable to join the BSF. The reality that the victims of Article 370 have faced is presented in this brief (15-minute) film, which also highlights the major societal issues and issues they have encountered. The story of Radhika Gill is what draws people to the attraction. The most significant honour presented in the Indian film industry is the National Film Award, usually referred to as the National Award. The Government of India’s Ministry of Information and Broadcasting is in charge of organising these national awards.
(The author is an Advocate)