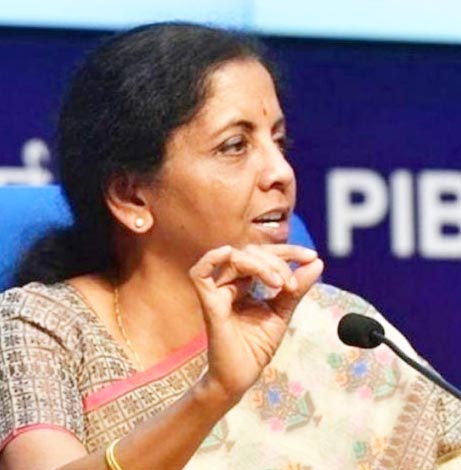 CHENNAI, Jan 19:
Union Finance Minister Nirmala Sitharaman on Sunday dubbed the proposal of some states to not implement the Citizenship Amendment Act as ‘unconstitutional’ and said it was the responsibility of all states to ensure that the law passed in Parliament is executed.
“A state assembly has passed a resolution against CAA. It is like making a political statement. We can understand that.
But saying they will not implement it, then it is against the law. It is unconstitutional to say that”, she said.
Sitharaman was responding to a query from among the audience at an event on CAA, organised by Chennai Citizens’ Forum,that some states like Kerala have opposed implementation of the CAA in their respective states.
“A state assembly can pass resolution that they will not implement CAA. It is a political statement. They can go ahead and we will not say no to that.
Everybody in this country has the responsibility to implement the law which has been passed in Parliament,”, the minister, who is here as part of BJP’s nationwide ‘Jan Jagran Abhiyan’ campaign in support of the Act, said.
The Kerala government last week moved the Supreme Court against the CAA, seeking to declare it “violative of the principles of equality, freedom and secularism enshrined in the Constitution”.
Several state governments including Kerala, Rajasthan, Madhya Pradesh, West Bengal and Maharashtra have voiced their disagreement with the CAA, as well as National Register of Citizens (NRC) and National Population Register (NPR).
Congress Leader Kapil Sibal had said there was no way a state can deny implementation of CAA when it has already been passed by Parliament. (PTI)