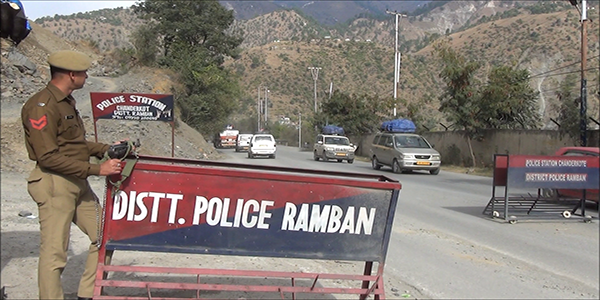 SRINAGAR:  Traffic was on Tuesday resumed on the Srinagar-Jammu national highway, the only all weather road connecting Kashmir valley with the rest of the country, after remaining suspended since Thursday due to snow and landslides, triggered by heavy rain.

Stranded vehicles on the highway were allowed to move towards their respective destinations before allowing any fresh traffic from Srinagar or Jammu on Tuesday, a traffic police official said this morning.

The 86-km-long historic Mughal road, connecting Shopian in south Kashmir with Rajouri and Poonch in Jammu region remained closed due to accumulation of snow and slippery road condition for the seventh day on Tuesday.

Meanwhile, only one-way traffic would continue on the 434-km-long Srinagar-Leh national highway, connecting Union Territory (UT) with Kashmir valley. Traffic was resumed on the highway only yesterday after remaining suspended due to snowfall since Thursday.

He said traffic was again suspended on Srinagar-Jammu national highway in the afternoon on Sunday after a huge landslide at Digdol in Ramban area. He said after working round the clock the National Highway Authority of India (NHAI) cleared the landslide at 0400 hrs on Tuesday morning.

He said stranded vehicles, including those carrying passengers, were allowed to move towards their respective destinations. Fresh vehicles will be allowed from Srinagar or Jammu only after clearing all the stranded vehicles. (agencies)