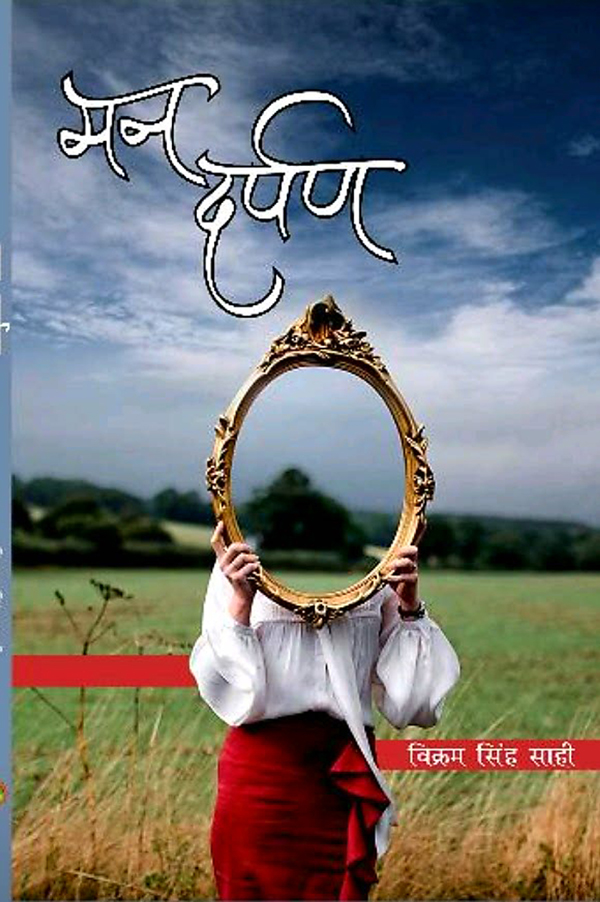 Name of the book: Man Darpan
Author: Vikram Singh Sahi
Publisher: Anuradha Prakashan, New Delhi
Year: 2018
Pages : 80
Price: Rs 150
The book “Man Darpan” is written by Vikram Singh Sahi, a Scientist by profession who is presently working in the Dhanvantri Library of the University of Jammu. The book is a collection of his best 27 poems and 28 couplets. They express emotions on a myriad range of subjects- introspection, spiritualism, frustration and rebellion for social injustice and chaos, politics, and patriotism.
Poet’s humility in the rendition of his poems is heart-warming where he seems to say that his poems may not have the best vocabulary or literary appeal, or an apt style because they are nothing but a consequence of an act; an act of giving voice to the pain of others…
In the poem titled “Man” The author ardently tried to explain the different emotions that come in the mind and how an angry person reacts to his sentiments. The author has taken the reference of many HINDU GODs to explain the human psychology. In his another poem “Satya Ki Khoj” the author through beautiful quotes explained that truth is an illusion and it is very difficult to find truth when one is not at peace. He emphasised that even the life of a human being is not considered as truth as it becomes meaningless in few hundred years.
The author seems to be inspired from Ramayana and Mahabharata as he quotes and describes many characters from these two famous Hindu epics. One such poem is dedicated “SOUL” as the author tried his best to explain the journey of SOUL and how the SOUL travels from one body to another.
In one of his poems the author also explained the importance of being positive and how a positive mid can create impact on the society. In his writings he beautifully explained that how a positive mind creates an impact in the society. The author further says that in the present era it is very difficult to be on the path of truth and many a time people deviate from truth to achieve name and fame.
The author has also given due attention to “TIME” and believes that time is not only the biggest healer but also considered as the mightiest GOD, even more powerful than the GOD of death i.e. YUM.
The books contains 28 couplets which surely will touch the hearts of all the readers as they can co-relate themselves very closely to the feelings depicted in these couplets.
The book is based on basic human values and empathy which a poet feels towards all people around him. The poems will surely touch all the reader’s heart and they will be able to co-relate themselves very closely to the feelings depicted in these poems.
To sum up, Vikram Singh Sahi’s poems talk about redemption from hopelessness, they teach about resilience and soul searching, they inspire you to be an elevated individual who questions, seeks, searches, rebels but doesn’t give up or give in. Here’s a warm “Kudos” for an honest effort. and I wish him all the best in his poetic journey. His book is available at https://www.amazon.in/dp/B079TMW8S1
About Anshu Johri
Anshu Johri authors poems, short stories, and plays in Hindi and English. She has a Master of Science in Electrical Engineering from San Jose State University, California. She was a featured reader at “Literary Forum” Sahitya Academy of India (2017), Sahitya Academy of India, Bangalore (2015), etc. She lives in San Jose, California, U.S.A.