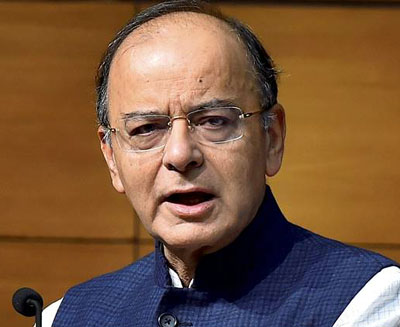 Jaitley, who is recuperating from a kidney transplant surgery at home, in a blog hit at some political parties for using Maoist as an instrument against the ruling NDA.

His comments came a day after a letter was reportedly found in the house of a person arrested for alleged maoist “links” that talked about the ultras mulling “Rajiv Gandhi-type incident” and suggesting that Prime Minister Narendra Modi should be targeted during his “road shows”.

“Unfortunately some political parties see the Maoist as their instrument in the anti-NDA cause. The history of terrorism and extremism teaches us one basic fact. Never ride a tiger, you may be its first victim,” Jaitley said.

He said the past few days have witnessed evidence of increased Maoist activities in areas other than usual extremism affected areas.

“This is a dangerous tendency which all political parties must realise and react to. The Maoist believe in the violent overthrow of constitutional system and not just the Government,” he said, adding that in their perceived system there are no fundamental rights, no rule of law, no Parliament and no free speech. (AGENCIES)