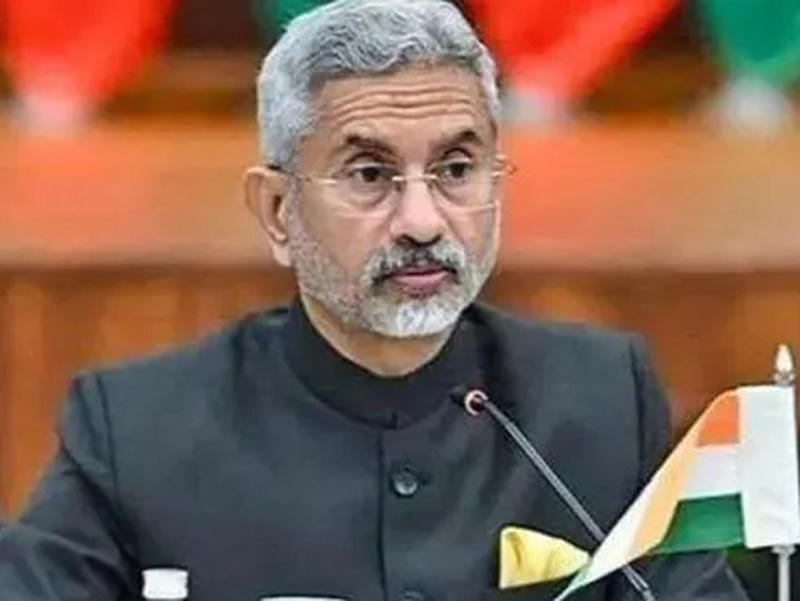 NEW YORK, Sept 24:
The solution to globalisation is decentralisation and the solution to multilateralism is reformed multilateralism, not a 1945-version of multilateralism, External Affairs Minister S Jaishankar has said.
Speaking at an event titled ‘The G20 Imperative: Green Growth and Development for All’ organised by the Observer Research Foundation here on Friday, Jaishankar said the two words under attack currently are globalisation and multilateralism.
“I don’t think there’s anything wrong with either of them. What is challengeable is how they have been implemented. Has multilateralism failed us? I will say this form of multilateralism in the hands of these people perhaps has not delivered,” he said.
Jaishankar was in conversation with UK’s Minister of State for Development, Foreign Commonwealth & Development Office (FCDO), Vicky Ford and World Economic Forum President Borge Brende in a discussion moderated by President of Observer Research Foundation Samir Saran.
Jaishankar added that the solution is really more multilateralism.
“Why are we all here this week?”, he said, pointing to the international community gathering in New York during the high-level UN General Assembly week.
“We’re all here this week because at the end of the day, people still believe in the UN, coming here, sitting together, working it out, finding a system,” he said.
“What is wrong is the narrowness in the thinking of the custodians of the system. And I would argue the same applies to globalisation. The real problem with globalisation is it was so centralised…,” he said.
“The solution to globalisation is decentralisation. Decentralised globalisation. I would argue the solution to multilateralism is reformed multilateralism, not a 1945 version of multilateralism which is 75-80 years old,” he said in a reference to the UN established over seven decades ago.
“I think between the conflicts, to COVID, climate change, my sense is we are reaching a kind of a crisis period where the world will have to take some very radical decisions. Whether they get taken in the G20 or outside the G20, in bits and pieces next year, all that we don’t know. But it is today truly an inflection point,” Jaishankar said.
Jaishankar said that during his meetings with over 60 foreign ministers from around the world during the high-level UN General Assembly week, two-thirds of them were from the developing world and they were “really angry” about the state of the world.
They are “angry about the state of the world because, in the guise of very politically correct formulations, they’re getting shortchanged every day and it is like that’s the way the world is,” he said.
He said the international community needs to ask itself how long this is going to continue.
“I wish I could hold up more hope for you but this year’s experience, sadly enough, has not been terribly encouraging.”
Referring to the year gone by, Jaishankar said “look at the food shortages” and added that there were debates that market forces should be allowed to prevail, and markets must be kept open.
“Guess who gets the food when the markets are open. I can see it all moving north,” he said, making a reference to developed nations.
“Now we’ve seen the same on energy. There are countries whose tenders do not elicit responses. Guess why? Because markets are working. And the markets are taking them all to Europe at premium prices.
He added that if one looks at oil and gas, if “you put Iran out of the market, Venezuela out of the market, you want to put Russia out of the market. What is the world supposed to do? This is not about de-risking, this is about keeping the markets alive. And these are policy choices which countries have made.”
He added that “it’s not about getting energy transition right. It is about getting the politics of the world right.”
He referred to a remark made by a minister in a meeting with small island developing states, who said it was very hard to get USD 100 billion for climate change, which is existential but somehow when there is a conflict, the purse strings get loosened. (PTI)