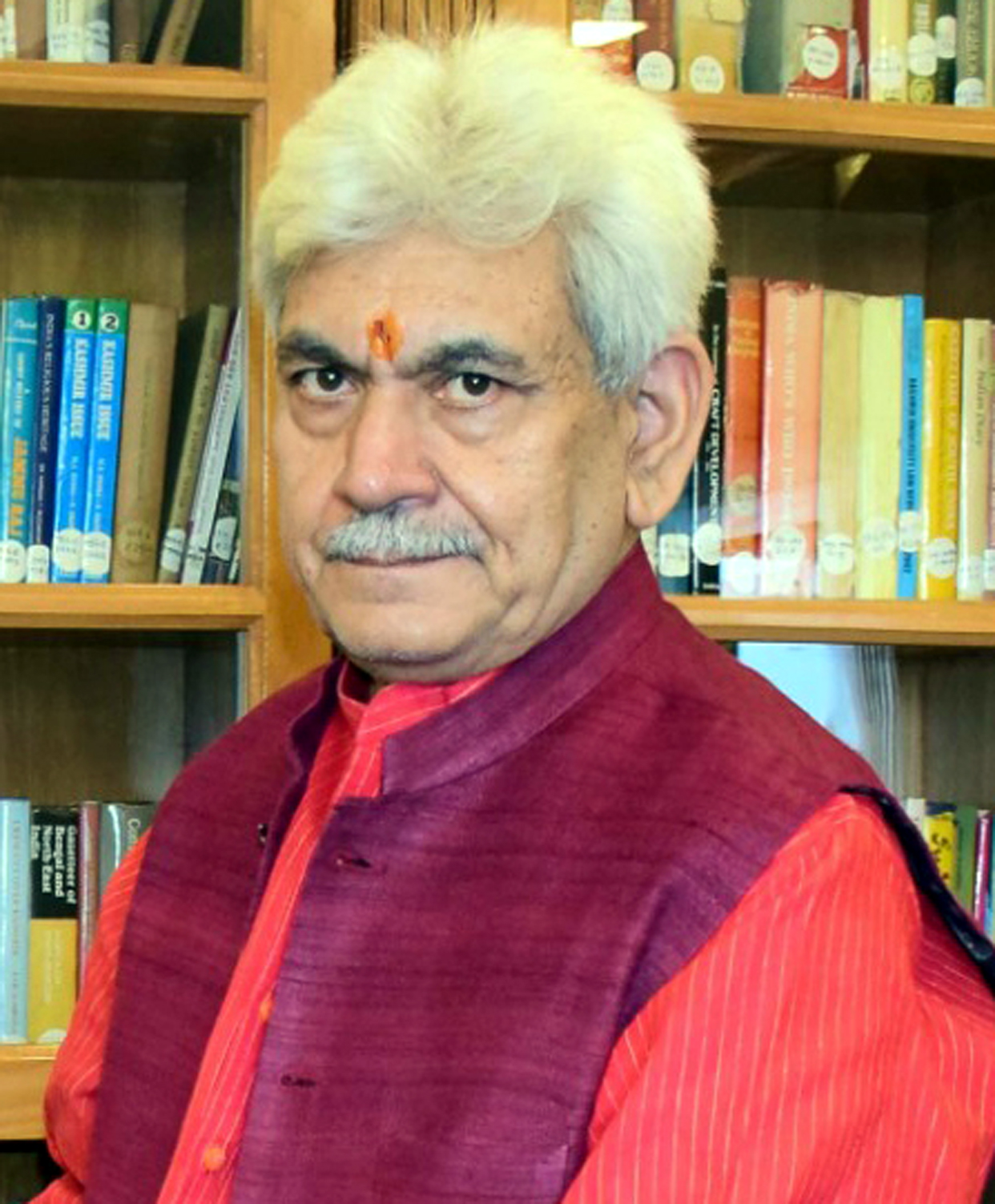 *Politicians earlier supported soft separatism
‘Peace not through bargains but good governance’
Sanjeev Pargal
JAMMU, Dec 11: Lieutenant Governor Manoj Sinha has said that situation in Kashmir has changed and pro-India people are becoming vocal even as he maintained that the Government is committed to maintain peace in the Union Territory with good governance and not through bargains or negotiations which used to be the case earlier.
He was speaking to reporters in New Delhi after meeting Minister and other dignitaries during his four days visit to the Union Capital. He is scheduled to return here on December 13.
During his stay in the capital, Sinha paid tribute to Chief of Defence Staff (CDS) Gen Bipin Rawat and his wife Madhulika Rawat who were killed in an air crash. He also met Speaker Om Birla and Union Minister for Health and Family Welfare Mansukh Mandaviya yesterday. He is scheduled to meet more Central Ministers before returning to New Delhi.
“Situation has changed now in Kashmir. There is an atmosphere of peace in general. Stone pelting has stopped. Pro-India people are becoming vocal,” the Lieutenant Governor said referring to candle light processions and mourning for CDS Gen Bipin Rawat after his death, in the Kashmir valley.
Responding to a question, he said that previously most of the politicians in the Kashmir valley were supporters of ‘soft separatism’, due to which a large section of pro-India used to remain silent but the things have now changed.
It may be mentioned here that at various places in Kashmir including Lal Chowk Srinagar, the people lit candles and paid tribute to Gen Bipin Rawat, his wife Madhulika Rawat and 11 other soldiers killed in the air crash at Tamil Nadu.
Sinha said the Government is committed to establish lasting peace in the Kashmir valley but not through bargains or negotiations as used to be the case earlier.
“Earlier in Kashmir, local leaders had been maintaining peace on incidents of terror violence through bargaining and negotiations,” he said but added that the Government has now changed its policy and will establish peace through good governance.
“We are determined to establish peace in the Valley but with good governance and development works,” the Lieutenant Governor said.
Asserting that there is an atmosphere of peace in the Valley in general, he said the stone pelting has stopped and there is a positive sentiment among people about the development work.
He reiterated that the Government is not in favour of buying peace but establishing lasting peace in the Kashmir valley.
On the issue of targeted killing of non-locals, outsiders and Jammu and Kashmir Police personnel, Sinha said the incidents of targeted killings recently happened at the behest of the neighbouring country ( a reference towards Pakistan) and the elements involved in this are being dealt with.
Worthwhile to mention here that a Pakistani militant is reported to be involved in the killing of two Jammu and Kashmir Police personnel at Bandipora in Kashmir yesterday.
“By changing the policy of security in the Union Territory of Jammu and Kashmir, perpetrators of the incidents, who shelter, support, help and abet the militants in killings and other terror acts are being brought to justice,” Sinha said and mentioned that 38 out of 39 militants who carried out targeted and other killings at behest of the neighbour have been neutralized.
“There is just one militant who is left now and he too will be neutralised by the security forces soon,” he added.